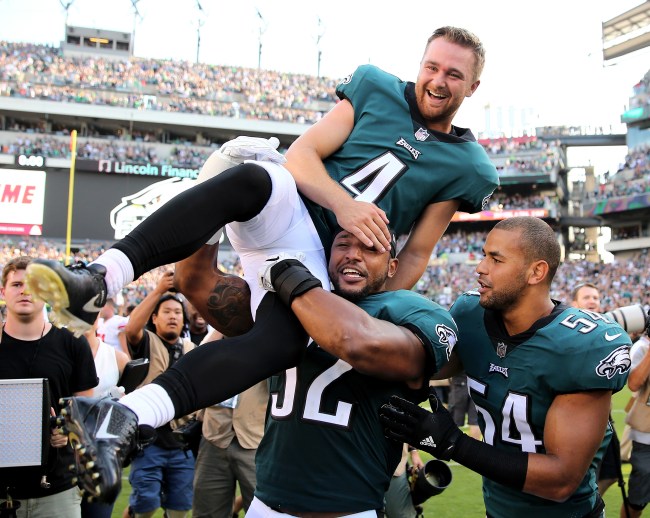 Jake Elliot is just a 22-year-old who just played in his third NFL game after being drafted in the fifth round of the draft. On Sunday, he was thrust in front of 70,000 drunk, unforgiving Eagles fans with the power to take down the Eagles’ bitter NFC East rival, the New York Giants. With the score knotted up at 24, Elliot booted a 61-yard field goal as the clock expired, lifting his squad to the top of the NFC East and leaving his competitor winless through three games.

Elliot was carried off the field on the shoulders of teammates, with a smile wider than the uprights. The Memphis grad’s parents were in attendance to see their son become a hero, and their reactions are incredible.

Never in my life have my parents been this proud of me for anything. And I got eight years on this dude.