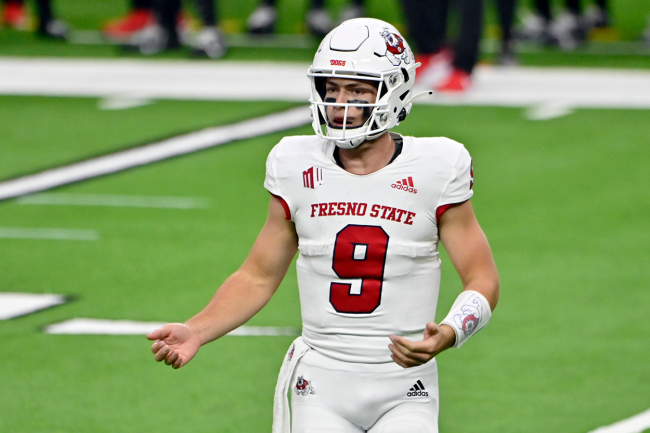 Fresno State quarterback Jake Haener threw for 3,810 yards and 32 touchdowns this past fall. After the regular season ended, he entered the transfer portal, and now things are very awkward.

Haener, who transferred from Washington after the 2018 season, was a three-star quarterback in the Class of 2017. After arriving on campus in Seattle, he redshirted during his first year and then saw limited action in year two.

Seeking playing time, he entered the transfer portal and joined the Bulldogs program. He has put up significant numbers during his two years at Fresno State and led his team to a 9-3 record in 2021.

Not long after the season ended, former Fresno State head coach Kalen DeBoer was hired as the new head coach at Washington. Not long thereafter, Haener entered the transfer portal for a second time.

Because of his success with DeBoer, he was expected to transfer back to Washington. In response, Fresno students hung a banner from the practice field goal posts that called Haener a traitor. 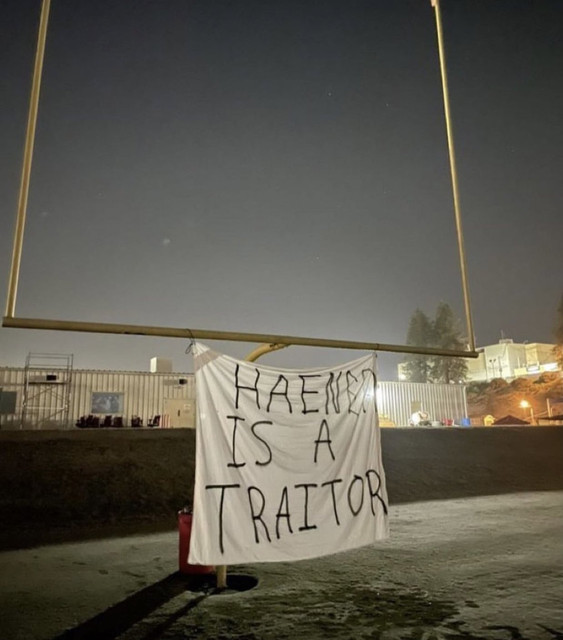 The reaction was understandable, because college football always comes with overblown reactions. It’s part of what makes it the greatest sport on earth.

However, a week after the sign was hung, it is now in vain.

Fresno State hired former head coach Jeff Tedford to return in the same role earlier this week. Haener is close with Tedford, and eligibility questions began to arise surrounding a return to Washington. As a result, Haener took his name out of the transfer portal and is returning to quarterback the Bulldogs.

Jake Haener has withdrawn from the portal, a source tells myself and @JacksonMoore247.

Haener and new Fresno State HC Jeff Tedford are close, & someone familiar with the situation indicated there may have been eligibility concerns with Haener transferring to Washington. https://t.co/gdTyPsvh6A

Haener is no longer a traitor. Will whoever took the time to craft the first sign tuck tail? Will he, she or they craft a new sign praising him for staying?