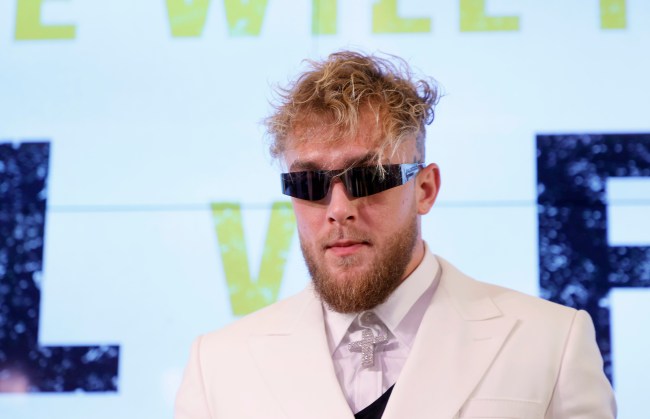 Jake Paul and his fans were hit with a major disappointment yesterday. Tommy Fury pulled out of the upcoming fight between him and Paul because of a respiratory infection and a broken rib.

In Fury’s absence, Tyron Woodley has signed on for a rematch against Jake Paul on December 18th. It’s a big opportunity for Woodley, but Paul is not the least bit happy about the change. He let Tyson and Tommy Fury know about his displeasure in a voice DM live on TMZ Sports last night.

“Tyson, I just wanna let you know you’re a f***ing bitch and so is your brother. This is an embarrassment and hopefully, you guys can get that vaginitis cleared up super quick, you f****ing dosser.”

He took his criticisms a little bit further on the show.

“I think the pressure got to this kid. He’s only been put in there against people who are meant to lose, who have losing records. It’s scary fighting me on the biggest stage possible.”

It’s interesting to see Paul lob criticisms about Tommy Fury’s career when you could argue that Paul is also describing his own career in this quote. That wasn’t the only quote the former Disney Channel star/Vine star/Youtuber had to offer that lacked any self-awareness.

“He’s a young kid, he hasn’t been through a lot. He’s had a silver spoon in his mouth his whole life, so I think the pressure got to him and cracked him and he has vaginitis is what they’re saying.”

Hopefully this fight can still come together in the future because we aren’t going to learn very much about Jake Paul as a boxer in this rematch.