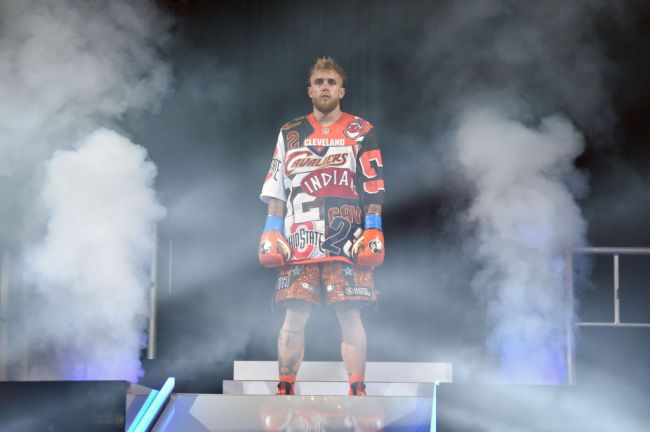 Regardless of what you read online, including the screenshot of Jake using the ropes as a recliner, for those who watched the full eight rounds, it’s hard to view it any other way.

Of course, the internet will continue to move the goalposts—“When will Jake fight an actual boxer who isn’t past his prime who is also a gemini and has blood type B Positive?”

You won’t hear me argue against the punchability of Jake Paul’s face, but the kid beat a guy who defended his UFC welterweight title four times in a sold out arena where his favorite pro sports teams play while most of America prayed he’d get his face re-arranged.

I never thought I’d say this but I think I respect Jake Paul.

LeBron James, Paul’s sports hero, added a cherry on the Paul’s cake following the split decision victory with a tweet that nearly sent the 24-year-old Paul to tears.

CLEVELAND IS JUMPING!! Should have flew back to the crib.

“I was in those stands 12 years ago screaming ‘LeBron! LeBron! LeBron!’ trying to get him to notice me, so for him to even tweet about this, that’s crazy.

I’m being really hard on myself, but I accomplished so much in the past four fights, no one’s doing this. I’m trying not to cry, for him to even tweet that, that’s crazy.”

. @jakepaul gets emotional and tears up after learning LeBron James tweeted about his fight @ShowtimeBoxing @KingJames pic.twitter.com/aqiiR1tU0z

Cleveland showed up and showed out for @JakePaul, and LeBron James wished he was there to see it. pic.twitter.com/k0AMGbrpyI

Do I feel happy for Jake Paul? WTF is life lol.