Jake Paul Fires Back At Le’Veon Bell’s Call Out With Savage Shot, Challenges Him To Beat Tyron Woodley 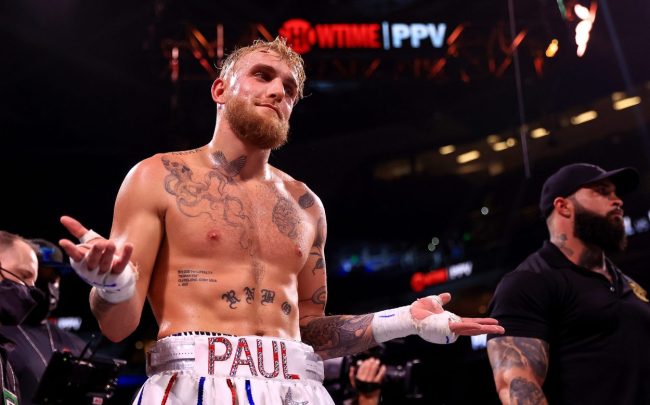 Jake Paul has never lost as a boxer. The 24-year-old YouTube personality has turned the boxing world on its head and everybody wants a piece of him, including Le’Veon Bell.

The eight-year NFL running back who spent the majority of his career with the Steelers is currently unemployed. As a free agent, Bell has a lot of free time on his hands and called out Paul on Saturday night.

Not long after Paul sent former UFC welterweight champion Tyrone Woodley to the mat with a VICIOUS knockout, Bell tweeted in his direction. In the string of tweets, Bell called out Paul’s opponents.

The 6-foot-1, 225-pound running back said that Paul has not fought anyone that can box. He also said that if he wanted a “real boxing match,” then Paul would fight him.

Bell’s logic doesn’t really make any sense. He isn’t a boxer either. He is a 29-year-old NFL free agent running back.

As a result of his claims and challenge, Bell got absolutely roasted online.

Later on Sunday afternoon, Paul got around to responding. He said what almost everyone was thinking and implied that Woodley, a former MMA fighter, is a better boxer than Bell, a former running back.

His math certainly adds up, and Paul encouraged Woodley and Bell to step into the ring. He also took a dig at Bell, saying that he would get dropped faster than his most recent team.

How about you show him as part of the next MVP event?

Tyron would drop you faster than the Ravens !! https://t.co/upqpKwWay0

Is this a money grab by Bell? Possibly. Would Woodley beat his face in? Probably. Should we set it up anyway? Definitely.