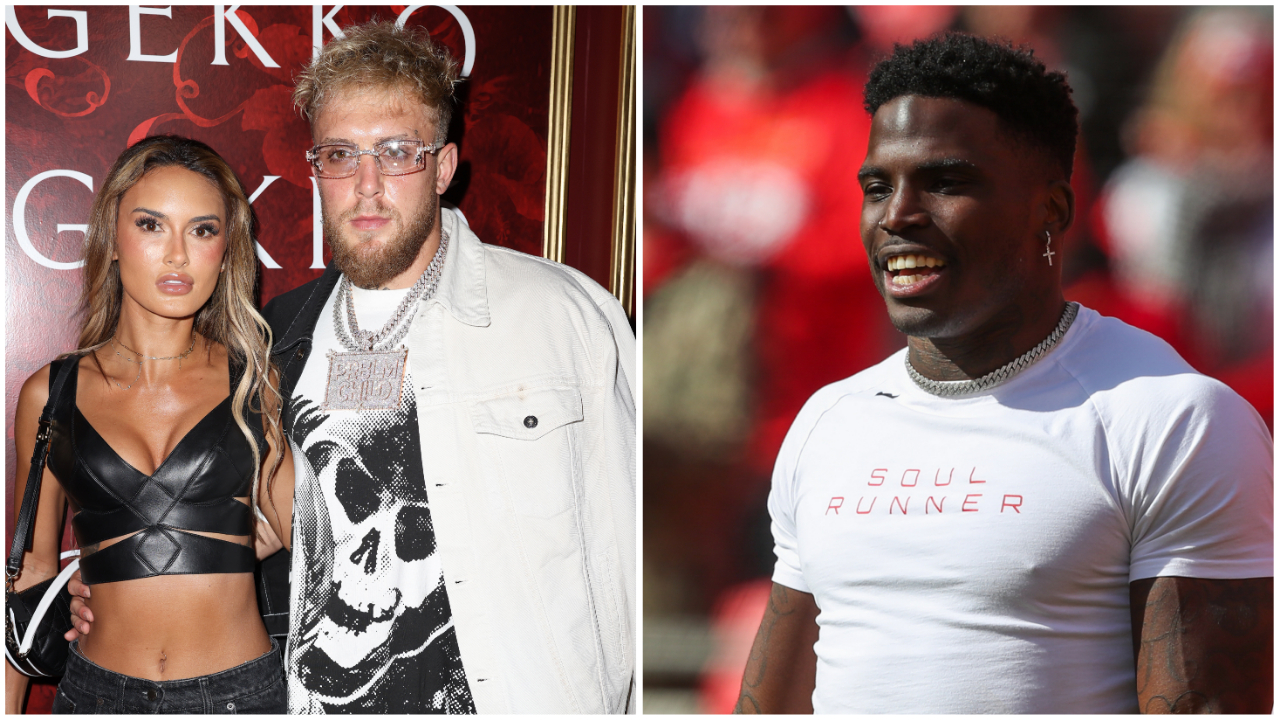 Tyreek Hill might be trying to mess with Jake Paul.

During the latest episode of Jake Paul’s B.S podcast, Paul revealed that Hill DMed his girl Julia Rose “don’t forget about me” which Hill previously mentioned is a line he uses to pick up girls.

Hill even filmed himself DMing Paul’s girlfriend in a blatant attempt to prove Jake.

It’s unclear if Hill wants a fight with Jake over his girl or maybe he’s pranking him just for clout.

Yooo @jakepaul – Can we settle this sometime soon? Just give us a date and we’ll be there 😈🥊💰 https://t.co/GjkAZEIiqo pic.twitter.com/8HiHUuAjZl

Nah this is fk’ed up even for a guy like tyreek, one user said.

Nah this is fk'ed up even for a guy like tyreek. 💀 https://t.co/LnJMQEPrxB

“Tyreke Hill got some balls for this”

Tyreke Hill got some balls for this https://t.co/4MXJ2z3c3f