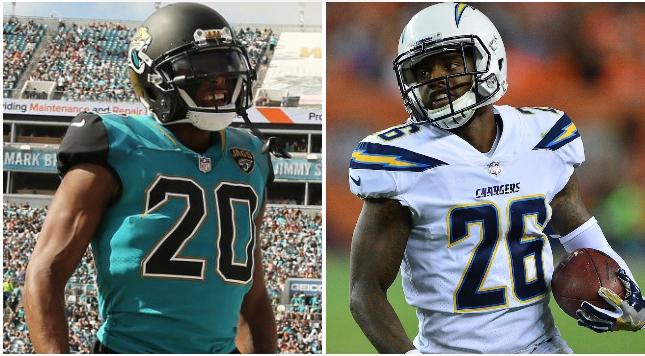 1 minute of #ProBowl DBs arguing over who's the best one.

Over the past two seasons, Hayward has recorded 83 total tackles while reeling in 11 interceptions and two fumble recoveries.

Right when the conversation was hitting its peak, five-time Pro Bowler Aqib Talib chimed in with a quip to Hayward:

“You didn’t either,” Hayward replies.

And we all go on living our merry lives.