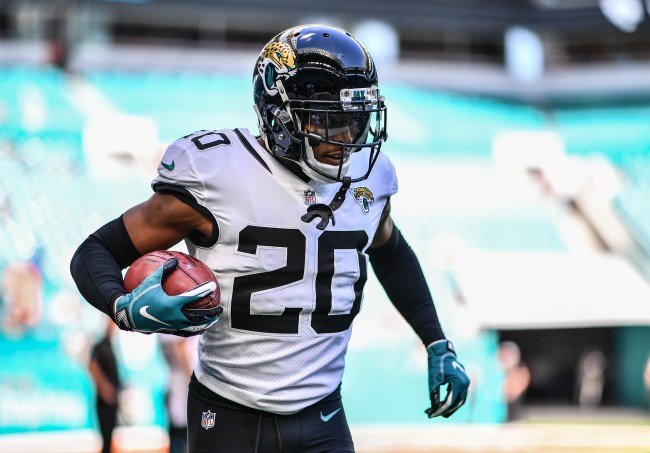 Jalen Ramsey’s one of the premier defensive backs in the NFL, having made the Pro Bowl in two of his first three seasons after being selected No. 5 overall by the Jacksonville Jaguars in the 2016 NFL Draft. As great as Ramsey is at performing on the field, he may be even better at running his mouth anytime he gets a chance, as the dude went in on a bunch of different quarterbacks last year in a feature with GQ magazine, even going as far as calling two-time Super Bowl champ Ben Roethlisberger “decent at best.”

Considering his showmanship, Jalen Ramsey’s either delusional, one helluva marketer, just speaking the honest truth or all the above. And, while Ramsey’s opinions on other players was the first time we saw the defensive back become Deion Sanders 2.0, his latest public stunt might be something that his current team, the Jags, should take as a warning sign in the next few years.

That’s because, while the team did pick up the fifth-year option on Jalen Ramsey’s rookie deal — putting him under contract through the 2020 season — the 24-year-old was looking for something a lot more. You know, like a massive contract extension that would get the man paid. And, since Ramsey didn’t get what he wanted, he went on Instagram with teammate Leonard Fournette to detail his thoughts, claiming that, if the Jaguars ask for a discount, he’s going to tell them “last year you could have gotten that discount.” Take a look at the video below.

#Jaguars Star CB Jalen Ramsey, who was told by the team they won't give him a new deal this year, was captured talking to RB Leonard Fournette about his next contract

He said he won't give the #Jaguars any discount, unlike last year

Ramsey’s mini rant here shouldn’t come as a surprise, as, just a few days ago after word came out that the Jaguars picked up his option rather than negotiate a contract extension, he tweeted out that he was going to ask for a ton.

If there’s one thing Jalen Ramsey doesn’t lack, it’s confidence. Given his production so far in the NFL, he’s been able to back it up, so we’ll have to see if he can continue to grow into a perennial All-Pro, establishing himself one of the best in the game. If he does that, whether he stays with the Jaguars or goes elsewhere, then he’ll get “so much money” that he’s looking for.