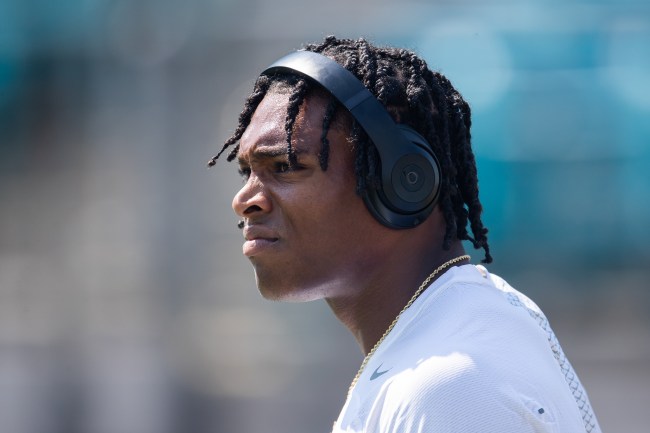 Jalen Ramsey seems like he really wants out of Jacksonville and is doing everything in his power to make it happen sooner than later.

Last week, Ramsey and head coach Doug Marrone got into a heated confrontation on the sideline which led to the outspoken corner to request a trade from the team.

Ramsey’s agent, David Mulugheta, told ESPN’s Adam Schefter and Chris Mortensen on Monday that he asked the Jaguars to trade his client. League sources also told ESPN that the Jaguars have had talks with teams and are asking for at least one first-round pick but would like more than that in return for the two-time Pro Bowl cornerback.

The Jags have gotten several offers from teams fOR Ramsey but are apparently taking their time to get the right deal done.

There are teams interested in trading with the Jacksonville Jaguars for Jalen Ramsey. This is what I am told has been offered so far: a 1st in 2020 & 5th in 2021 from an NFC Team and a 1st in 2020 & a player from an AFC Team

#Jaguars owner Shad Khan to @AndrewSiciliano on the Jalen Ramsey trade request and response: "This is a team sport. I am very sensitive to individual needs but we have to do the right things for the team."

Just hours before he was set to suit up and play in tonight’s Thursday Night Game against the Titans, Ramsey went on Uninterrupted’s podcast with Nate Burleson to take more shots at the Jags front office.

Jalen Ramsey said on @uninterrupted that he walked out of a meeting after Sunday’s loss to Houston because the front office had some disrespectful things to say about him. Ramsey said he immediately called his agent.

More from Jalen Ramsey on @uninterrupted: “Requesting the trade was something that has kinda been building over a little bit of time. It has nothing to do with my teammates. I love them… Nothing to do with the city… It was more so w/ the front office and the organization."

Ramsey is obviously trying to expedite his exit from Jacksonville and there’s a good chance he won’t be with the team in the next few days.