Jalen Ramsey Thinks Deshaun Watson Will Be A Ram Next Season, Doubles Down On His Recruitment To LA 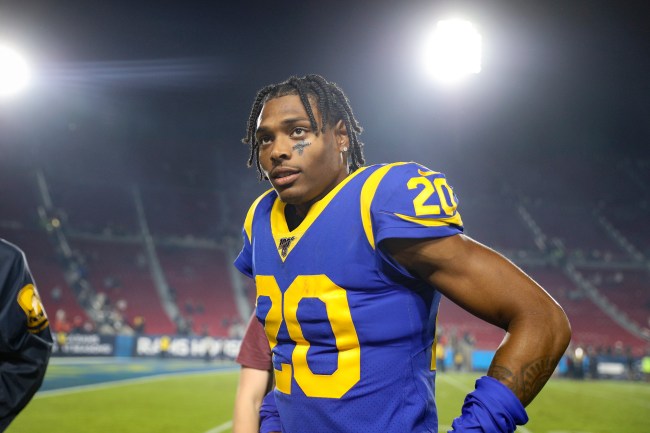 The Los Angeles Rams already have a quarterback in Jared Goff, who is signed through the 2024 season, but Jalen Ramsey simply does not care. The Los Angeles corner wants Deshaun Watson to be dealt to the Rams to replace Goff and he’s letting the world know.

Ramsey recently commented “Look like a LA man tbh” on a photo Deshaun Watson posted to his Instagram, which turns out that was just his first step in recruiting Watson to LA. With reports coming out that Watson has officially requested a trade from Houston, Ramsey doubled down on his recruitment of Watson to the Rams.

Ramsey was a guest on NFL’s Pro Bowl Verzuz show and did not hold back, he made it very clear that he thinks Watson will be a Ram next season.

“Y’all know where he’s going to be next year,” Ramsey told Deion Sanders and DeAndre Hopkins. “Come on now. You see the basketball court. We ready to hoop. L.A.”

The Rams don’t currently hold a first-round pick for the 2021 NFL Draft, which would likely be the first of many pieces to a possible trade with Houston for Watson. One would imagine Goff would be a piece of the trade as well, but his contract isn’t exactly friendly with the sizable cap hit it carries.

Some team in the NFL is going to trade for Watson, the Jets and Dolphins are among the favorites, but it’s tough to see a scenario in which the Rams legitimately get in the race for the former Clemson star.