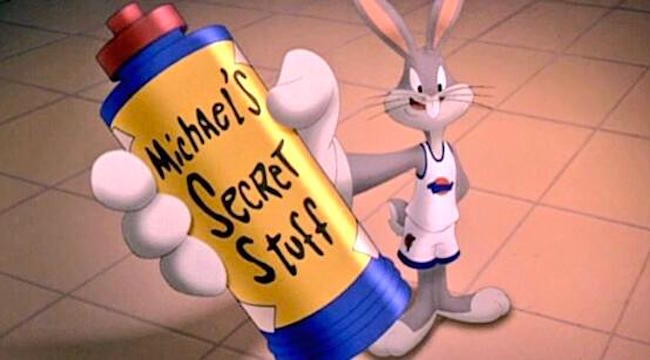 Countless movies have been made over the years documenting a scrappy bunch of underdogs toppling a seemingly unbeatable foe, and while you might have a special place in your heart for Miracle or Little Giants, I’d argue none of those teams come close to overcoming the odds like the Tune Squad did in Space Jam.

I’m sure almost everyone reading this is very familiar with the story, but it’s still virtually impossible to overstate the disadvantage the Looney Tunes faced. If they hadn’t pulled a North Korea and kidnapped Michael Jordan from another dimension, the game would have been about as lopsided as Ivan Drago fighting a premature baby. Thankfully, the good guys prevailed in the end thanks to the help of Bill Murray, a total disregard for the laws of physics, and— perhaps most importantly— Secret Stuff.

While their comeback might not be as improbable as the one in the movie, the Jacksonville Jaguars have recently managed to bounce back from a decade of mediocrity and have the chance to advance to the AFC Championship Game if they can come away with a victory against the Steelers on Sunday. However, it appears the Jags might have a secret weapon in their corner based on a yellow-labeled bottle that was spotted in cornerback Jalen Ramsey’s locker when he was reflecting on the wild-card win that broke the hearts of everyone in the city of Buffalo on Sunday.

"I don't care what people call it, we got a playoff win." #DTWD pic.twitter.com/icFvhzAw43

SB Nation notes the label actually reads “Monstar’s Secret Stuff,” which was apparently included with a special-edition release of the Air Jordan XI Space Jam in 2016. While the bottle of in Space Jam was only filled with water, you kind of have to wonder if there’s anything else in Ramsey’s that can explain the rage he exhibited earlier in the season.