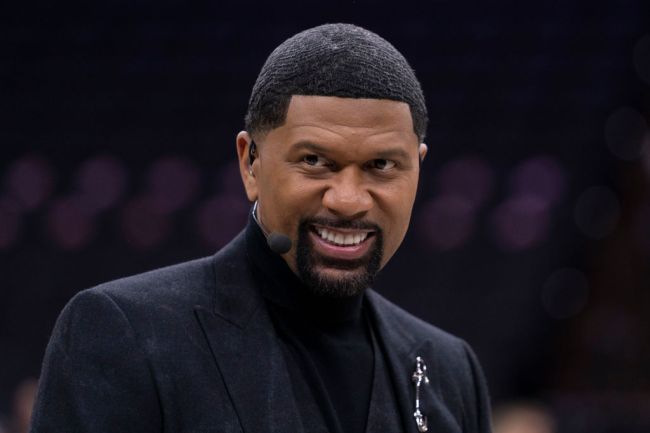 Team USA’s Olympic basketball roster was finalized on Wednesday. With the unique circumstances surrounding the upcoming Games and plenty of opt-outs, there were a few surprise names that made the final cut, but ESPN’s Jalen Rose is circling only one: Kevin Love.

During a recent episode of ‘Jalen and Jacoby,’ Rose was asked about Team USA’s roster and immediately singled out Love. He admitted to being “disappointed” that Love made the roster, assuming he only did due to the color of his skin.

“Kevin Love is on the team because of tokenism,” Rose stated.

He followed that up by saying “Don’t be scared to make an all-black team representing the United States of America, I’m disappointed by that.”

You can hear him make these comments beginning at the 17:00 mark.

Rose was so set on singling out the one white man on the U.S. roster that he forgot to do any research. During the latest Summer Olympics in 2016, the Team USA roster was made up of only black players.

It’s been an interesting 24 hours for ESPN personalities.

After the Boston Celtics announced on Wednesday that they had hired Ime Udoka as their new head coach, Jay Williams congratulated the organization on Twitter for hiring their first person of color as a coach. The tweet was completely inaccurate seeing as how the Celtics have a long history of hiring black head coaches.

Not the best stretch for former NBA players turned personalities at the four-letter network.