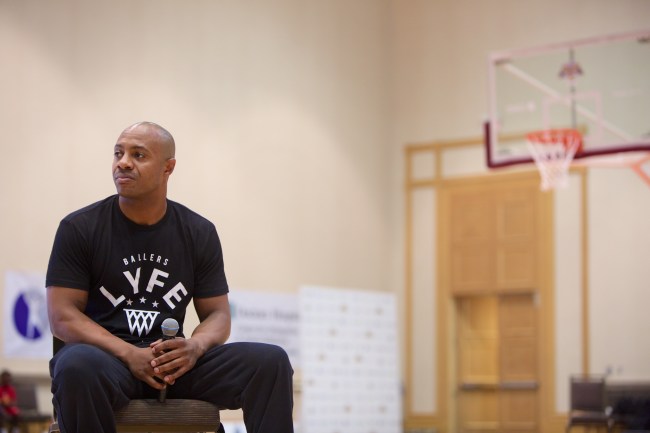 ESPN NBA analyst Jay Williams made a terribly inaccurate tweet about the Boston Celtics on Wednesday afternoon and is now claiming that he was hacked but no one believes him.

After the Boston Celtics announced they had hired Ime Udoka as their new head coach, Williams congratulated the team for hiring their first person of color as a coach which is clearly wrong considering the team has a long history of hiring black head coaches.

As it relates to the Boston Celtics tweet that came from my account a couple of hours ago… I did not post that & my passcode has now been changed.

Fans immediately called B.S. on Williams considering how strange it would be to hack someone’s account just to make an inoffensive but inaccurate post about the Celtics’ head coaching hiring.

This is one of the best "I didn't say that, honest, my account was hacked!" tweets ever. An impressive effort https://t.co/IKO8FHZ2H6

Bro I tweet wrong shit all the time. Just delete it and get some more tweets up. ORRR keep it up and just mute that conversation so everyone is responding to the wrong tweet and they dont spill over into your mentions. They're just in the muted abyss. Free game. But this ain't it https://t.co/KDmCCGPX1R

Man. How do these guys not realize chasing the mistake with a bigger mistake just makes it worse. People tweet dumb stuff all the time. Own the L and move along. It happens. Never to me. But it happens. Haha. #chasingthemistake #jaywilliams https://t.co/XGimzCneS6

Jay, zero hate. This is not the way to handle this. I've made numerous social media and public mistakes. Own the L. We all make mistakes. This is making it worse. No hate. All love. https://t.co/7eJQfLd42O

Lol so someone hacked your account and of all the things in the world they could say, they merely tweet an inaccurate stat about the Celtics. Totally believable. https://t.co/sGgsiPEsDd