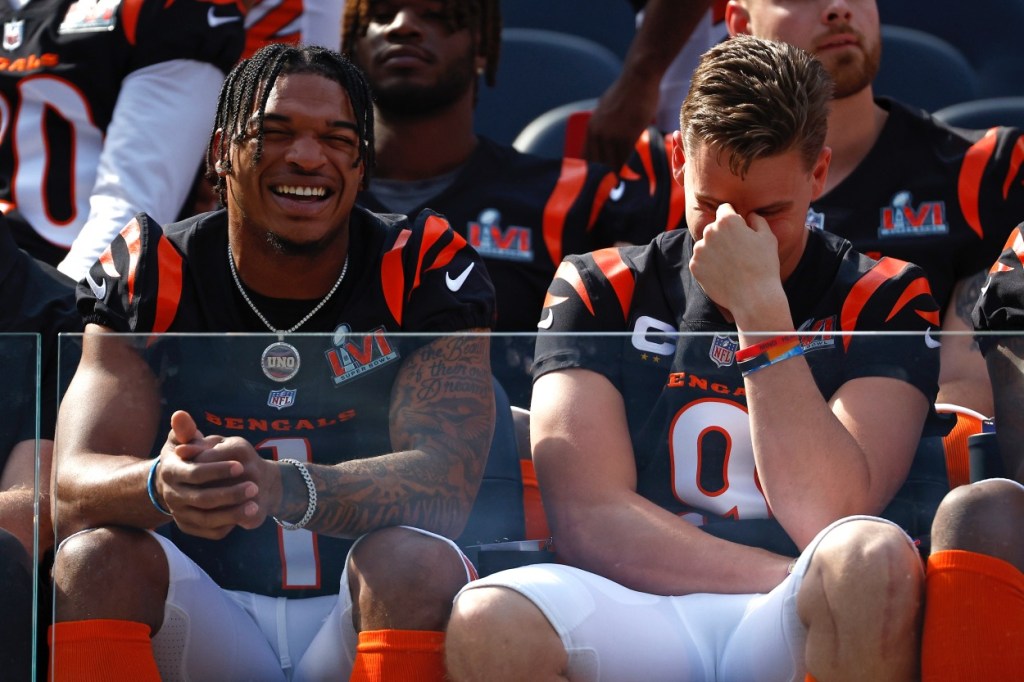 Joe Burrow and Ja’Marr Chase are seeking to make another run to the Super Bowl in 2022 after a fairy tail rookie season for Chase. And there have been various versions of this story leaked before, but below we see Ja’Marr share how he knew he was headed to the Bengals before the NFL Draft thanks to Joe Burrow.

The history between Ja’Marr Chase and Joe Burrow runs deep and is only growing stronger. Ja’Marr and Joe were college teammates at LSU where they went undefeated and won a National Championship. They both then got drafted by the Cincinnati Bengals. And Ja’Marr won 2021 Rookie of the Year after catching 81 passes from Joe for 1,455 yards and 13 touchdowns.

Their NFL partnership began when the Cincinnati Bengals drafted Ja’Marr Chase 5th overall in the 2021 NFL Draft. According to this clip below, Ja’Marr knew he was getting drafted after a phone call from Joe Burrow. Check it out:

Joe Burrow knew the Bengals were going to take Ja'Marr Chase at pick No. 5 overall in the 2021 NFL Draft if he was on the board.

He even sent his former LSU teammate a hint the night before.

"Make sure your bag is packed and ready." pic.twitter.com/tt0B6yRWmq

Kelsey Conway: “What was the first thing Joe Burrow texted you when you got drafted by the Bengals”

Ja’Marr Chase: “Make sure you bag is packed and ready. Yeah, that is what he told me.”

Kelsey Conway: “Before they picked you?”

Ja’Marr Chase: “Uh, he told me this the night before the Draft. ‘Make sure your bags are packed and ready.’ That’s what he told me. I didn’t believe it, but then he proved me wrong.”

I’m not trying to rewrite history here in any way but it would’ve been wild if something changed in the first 4 picks and it forced the Cincinnati Bengals into making a different decision.

Joe would’ve been stuck explaining himself to his LSU teammate and friend Ja’Marr. But thankfully for the Bengals and their fans, they made the correct decision drafting Chase and now they look to repeat as AFC winners.