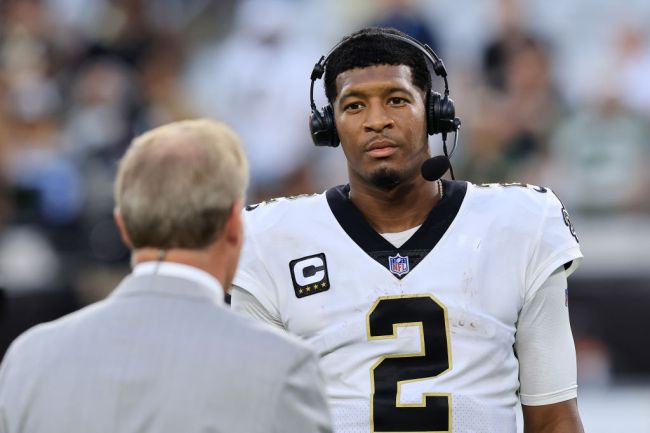 The Jameis Winston era in New Orleans got off to a perfect start on Sunday as Winston put on a show against the Green Bay Packers in the Saints’ emphatic 38-3 win. Winston shared his thoughts about the game following hist team’s big win, and as per usual, he did not disappoint on the mic.

While nothing will ever top Winston ‘eating a w,’ he gifted us yet another moment that will go down in the Hall of Fame of Jameis quotes.

Here’s the beautiful exchange between Winston and Tom Rinaldi:

Rinaldi: How did the defense and the running game give overall shape to the way this played out, Jameis?

Winston: I just think we were prepared. One thing my trainer, he told me, he said…what’d he say…he just told us to be prepared.

Hats off to the Saints trainer for getting Winston ready for the game by telling him to be prepared. A simple, clear-cut message, that worked big time.

I really hope that the Saints trainer he’s talking about sees this clip and jokes with Winston about it. It could have been a cool moment for the trainer if Winston actually remembered the message he shared, but instead, he drew a blank. Classic Jameis.

Winston finished the game against Green Bay going 14-for-20 passing for 148 yards and five touchdowns. Don’t look now, but Winston leads the NFL in passing touchdowns at the moment and has the second best QBR at 92.5.