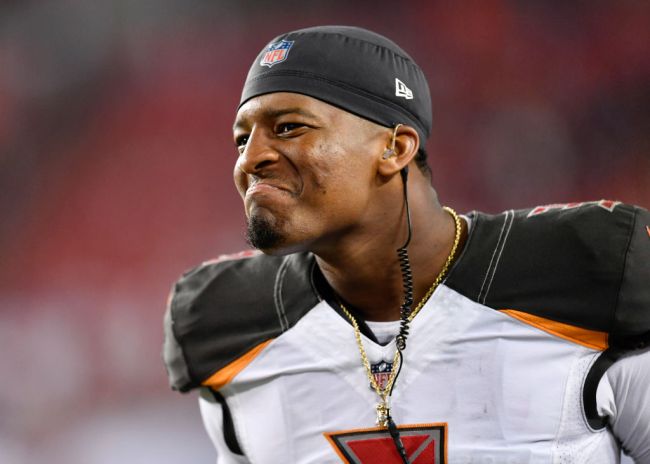 After spending his first four years in the NFL with the Buccaneers, Jameis Winston signed with the in-division rival New Orleans Saints in the offseason after Tampa Bay chose to let him walk in free agency. The two teams squared off on Sunday for the second time this season, both ending in favor of Winston and the Big Easy boys. After going ahead 38-0, New Orleans allowed a late field goal and turned the keys to the offense over to Tom Brady’s Tampa predecessor for the final kneel down when the clock reached the two-minute warning. 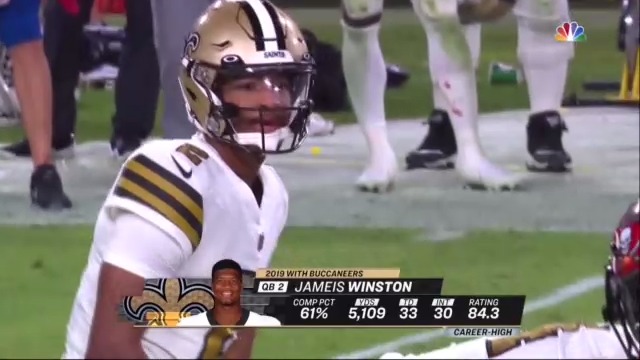 Winston kneeled three times, each for a loss of one yard, and let the clock run to 34 seconds. In a humbling moment of defeat, Blaine Gabbert and the second-string Buccaneers offense had to take the field and take a snap from victory formation in a loss.

Drew Brees was the top performer in the game and threw for 222 yards and four touchdowns on 26-of-32 attempts. He averaged 6.9 yards per completion. It was a nice night for No. 9, but not so much for Brady. The 43-year-old threw three interceptions without a touchdown. To be fair, the entire offense struggled to get anything going and the early lead forced head coach Bruce Arians and offensive coordinator Byron Leftwich to throw early and often. Ronald Jones and Leonard Fournette had a combined five touches.

With the win, the Saints take sole possession of first place in the division. In the winning quarterback’s postgame press conference, a handful of teammates ‘photobombed’ the interview. That group included Winston, who brought back one of his many internet famous moments.

Prior to his 2017 game against New Orleans as the starting quarterback in Tampa Bay, he inspired his team by telling them to ‘eat a W.’

After taking the final snaps to secure a victory over his former team that chose not to keep him in the organization, Winston ate that W.

It was just as amazing three years earlier, but the celebration didn’t stop there. Videos surfaced of the players dancing in the locker room and Winston was the life of the party.

Jameis going crazy to “You About To Lose Your Job” 🤣🤣 pic.twitter.com/3Mmqh4OQYP

It was a statement win and even head coach Sean Payton got in on the action.

Sean Payton getting down in the locker room after sweeping the Buccaneers is a mood pic.twitter.com/yjm7y3TbiN

The Saints are 6-2 with the Falcons (twice), Broncos and Eagles still on the schedule. They will also face the Panthers and Chiefs in the mix.