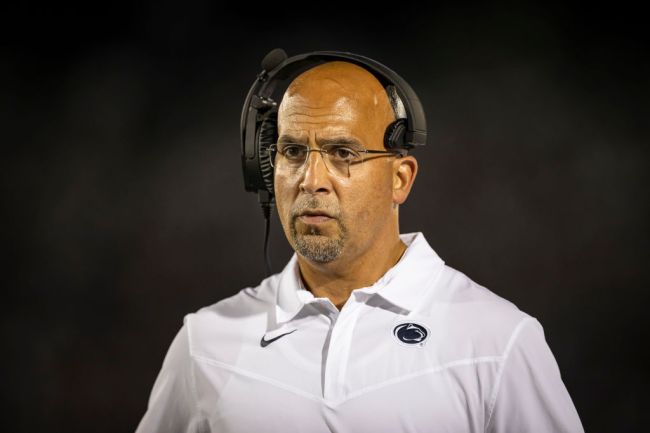 Two of the biggest jobs in college football are now vacant with USC and LSU now looking for their next head coach and Penn State head coach James Franklin has been rumored to be a frontrunner for both positions.

This is what makes Franklin’s most recent move behind the scenes so interesting.

According to Football Scoop, Franklin has changed his representation and will now be working with Creative Artists Agency (CAA) and specifically well-known agent Jimmy Sexton.

Sexton’s client list speaks for itself with the likes of Nick Saban, Lane Kiffin, Dan Mullen, and Kirby Smart sitting atop the list, just to name a handful.

Franklin changing representation at the midway point of the college football season is unique, to say the least. He has been linked to the USC job ever since the Trojans let go of Clay Helton. The LSU vacancy is a new one, but the Tigers would be doing a disservice by not at the very least giving Franklin a call.

It’s also worth noting that this news comes just a couple of days removed from Penn State’s upset loss at home to Illinois. Maybe Franklin sees that loss as a way out, or he’s hiring Sexton to stretch every dollar imaginable from Penn State in a new contract extension.

College football fans were quick to react to the news of Franklin signing with Sexton and think that this could mean that the Nittany Lions’ man could be on his way out the door.

To steal a line from crypto Twitter… it's probably nothing https://t.co/fGj9n8zY4q

This means he will be a leading candidate for every job opening and cost PSU head aches every year. https://t.co/kAMu8g72SM