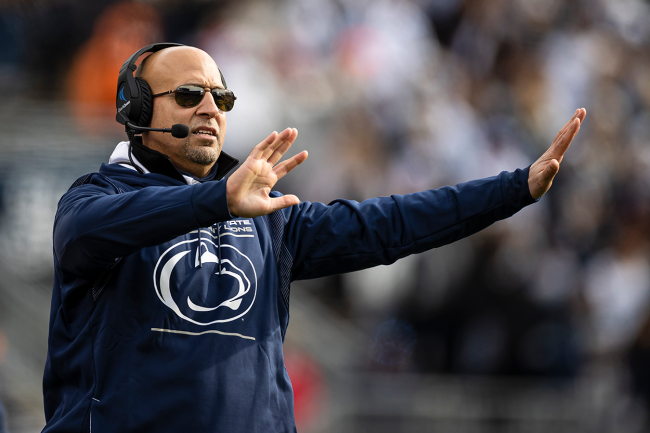 In the current age of college football, back-end roster players are just as likely to transfer as their first or second-string counterparts. The same can be said for younger athletes who need time to develop but want to play right away.

As result, it is harder than ever to keep players at any specific program once they get there. Regardless of who they are or what position they play, all it takes is one short moment to request a transfer and enter the portal.

In turn, coaches have to be very careful about what they say in any particular moment. That is especially true right now, after spring games mostly wrapped up over the weekend. Roster turnover is going to be chaotic.

Now that spring ball is over at most schools around the country, the players who didn’t find a fit at their current program are going to seek opportunities elsewhere. There is set to be a mass exodus over the next few weeks as those players enter the portal and try to get settled at their new school before fall practice.

After Penn State’s spring game on Saturday, James Franklin could not have been more political about who stood out.

Rather than listing one or two names, or even a handful, Franklin basically listed the entire roster. While some of the players may have deserved a shoutout, it seemed like he was making a conscious effort not to forget anyone so that they didn’t get offended or stress about their future with the Nittany Lions and transfer.

They asked James Franklin who stood out in spring and he listed names for nearly 5 minutes. VETERAN post-spring coaching move. #PortalSzn

Here is what James Franklin had to say about Penn State during spring practice:

Defensively, Franklin either directly or indirectly mentioned around 10 guys.

“Ji’Ayir Brown, Tiig, obviously led the nation in interceptions last year but I thought he built on it this spring and this winter workouts. I really feel like we’ve got three other safeties [Keaton Ellis, Jaylen Reed and Zakee Wheatley] that really flashed at times. So I think we have, at a lot of positions, I’m not ready to say and we’re as talented with the starters that we’ve ever been, but we have positions where our depth is as good as it’s been, where the drop off isn’t as significant to the number twos and number threes.

“At defensive line, just having Adisa [Isaac] back. We felt like he had a chance to be a really special player and then he missed last year. Having him back, it’s great to see that athleticism coming off of the edge. I would say the same thing at D-tackle that I would at safety. I think we have more depth at D-tackle without the significant drop off that we’ve had in the past.”

On the offensive side of the ball, Franklin touched on (at least) 13 guys.

“I would say at right tackle, center and left tackle with Caedan [Wallace], [Juice Scruggs] and Olu [Fashanu], I think those three guys have played really well. They took a ton of reps this spring,” said Franklin. “We’re gonna have really good competition at guard. We’re still going to have competition at [tackle], but we’ll really have good competition at guard and we’ll see how that plays out. Getting Saleem Wormley back from injury that we lost last year is really valuable.

“I think we have as good of a tight end room as anywhere in the country. I think the depth there is really good.

“At wideout, with Parker [Washington] and KeAndre [Lambert-Smith] back, I thought Mitchell Tinsley came in and did some really good things that you’d expect out of a veteran wideout. Again at wideout, I think we have a chance to have a legitimate two-deep, which we probably haven’t had.”

“At quarterback, Sean [Clifford] had his best spring,” said Franklin. “[Christian] Veilleux was able to build on the success that he had in the Rutgers game. Someone asked me last week about reps with the quarterbacks and how we divvied that up. I thought Sean and Veilleux both had really good springs and the two young guys really flashed their potential.”

Franklin made sure to keep his guys happy. It’s what you have to do these days.