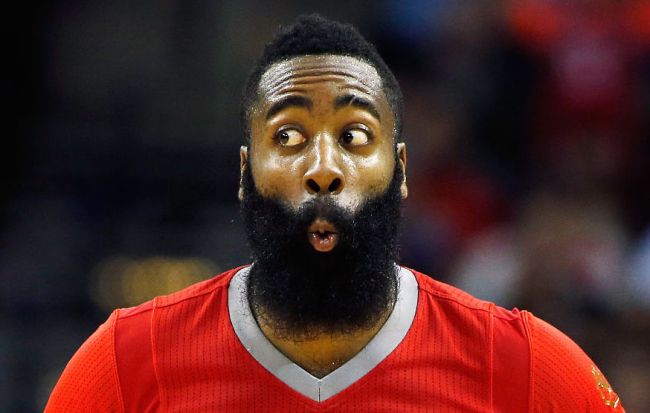 The NBA seems to have become a league where the rich get richer. Championship teams like the Golden State Warriors turn into super teams by adding more superstars like Kevin Durant instead of role players. Fast forward from Durant joining forces to bring Golden State another NBA title in 2016-2017 and this time it is another one of Durant’s teams rumored to be brewing up yet another super team.

The Brooklyn Nets, who signed both Kyrie Irving and Durant in the 2019 offseason, flew under the radar a tad last year as they got hit with injuries for both Durant and Irving. Now the Nets, who come into 2021 with a healthy roster, are apparently a name coming up in James Harden trade rumors.

NBA insider Adrian Wojnarwoski, who has his eyes and ears all over the league, insists the trade is possible, only under one condition.

“There is a sense that this Houston infrastructure may be breaking apart,” Woj explained. “If Harden decides that Brooklyn is the place where he wants to be and really starts to push the organization on it, I think that is the momentum it is going to take to get him to New York. Brooklyn has some assets, young players and potential picks and all of those things that you are going to want. But for a player of James Harden’s caliber, Houston is going to have to get a monster haul back to justify trading maybe one of the two or three best players in the NBA.”

On SportsCenter, Adrian Wojnarwoski details that a Harden to Brooklyn trade (if executed) would come solely from Harden pushing the Rockets to make that move. That’s the momentum needed to get a deal done. pic.twitter.com/2JWhZuYC4J

With the possible acquisition of Harden, Brooklyn would likely become an instant favorite to win the 2021 NBA Finals. That is if they can find a way to beat out the defending champ Los Angeles Lakers, who are clearly on the hunt this offseason as well to get even better than they were a year ago.