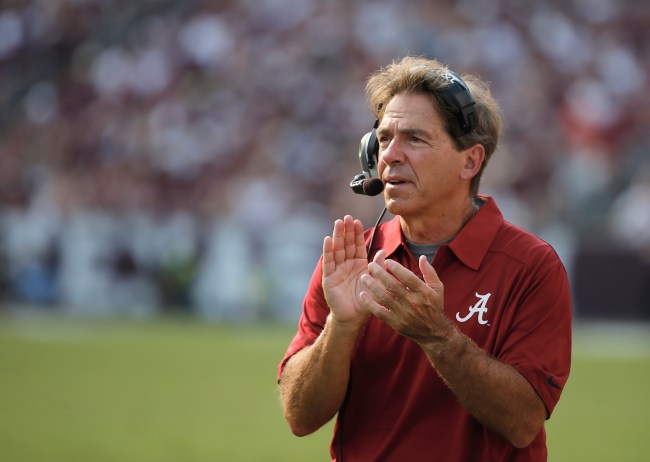 On Saturday morning, Alabama football head coach Nick Saban made an appearance on ESPN’s College GameDay and made some comments that has caused a bit of controversy online.

During his interview, Saban talked about his players’ involvement in social justice initiatives and said that he was proud of the positive “all lives matter including black lives” messaging they’ve been using.

“All lives matter, including black lives,” said Alabama head football coach Nick Saban on @espn College Football Countdown this morning while talking about the social justice impact his mostly black players were having.

“It’s always been our goal to sort of elevate players’ chance to be successful in life. Part of that is how do you elevate other people in a positive direction. I think our players have all been positive and recognize the issues we have and be positive what they can do to impact the future. They are doing some things that can affect change within our community as well as in the messaging they’ve seen in all lives matter, including black lives. I’ve been very proud of the way they’ve approached all this.”

Saban’s comments rubbed the Black Lives Matter crowd the wrong way including Lakers forward Jared Dudley who called on Alabama players to boycott their game until Saban clarified his comments.

Team captains need to have a meeting with the team! No more letting things slide… Can’t straddle the fence in this issue.. Need Saban to have a press conference before the game or there will be no game… https://t.co/ZOU7Aam2Tz