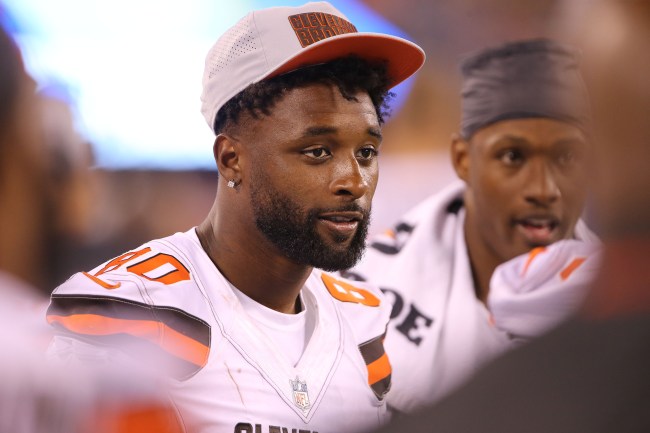 We’re three weeks away from our long national nightmare coming to an end. Football kicks off again on September 6 and the storylines will revolve around topics of consequence rather than fleeting training camp fights. But I can’t speed up time and these intrateam spats can not only be highly entertaining, but they can have lasting ramifications–just ask Jags’ Dante Fowler and Jalen Ramsey.

Landry and Mitchell’s altercation was just one of a few at an energized Browns camp. Check out the clips below, courtesy of WKYC Sports‘ Pat Chiesa.

For Browns head coach Hue Jackson, whose record in Cleveland is a dismal 1-31, fights at training camp are the least of his worries.

“It’s not something we want to do every day, but this is that point in training camp when things start happening like that. Again, we’ll continue to coach them up, coach them through it, we don’t want to get anybody hurt that way, but I do know those things happen.”

Over under on Browns wins: 5?