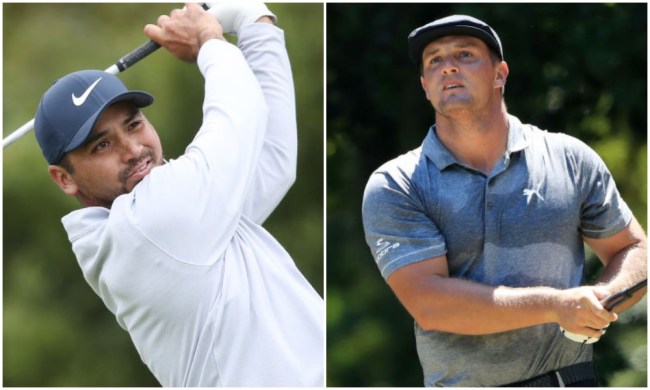 There’s not one single person that has seen Bryson DeChambeau hit a driver over the past few months and not been impressed. After conducting his own experiment and putting on well over 50 pounds of mass over the last 12 months or so, DeChambeau is annihilating the golf ball in a way we’ve never really seen.

You have to give props to the man as well. It was right around this exact time one year ago when DeChambeau announced to the world that he was going to “come back next year and look like a different person.” Well, mission accomplished.

The body transformation experiment is working, too. Not only does DeChambeau lead the PGA Tour in strokes gained: off the tee and average driving distance, he’s won once this year and reeled off another eight Top 10 finishes in 15 starts so far this season.

While there’s no arguing that it’s all worked out well for DeChambeau so far, now the question turns to whether or not it’s sustainable and can his body endure the stress and force it’s now producing in the long run.

Jason Day doesn’t think DeChambeau’s body will be able to hold up in the mid-to-long term.

“I had a quick chat to him about his body and his swing,” Day said according to The New York Post.  “In the short-term I think it’s going to be fine. Mid-to-long-term I don’t think it’s going to be. I don’t think his body can handle the amount of stress that he’s putting on it because not only did he add a lot of weight quickly, he’s added a lot of speed very quickly, too.”

Day, who is a former No. 1 player in the world and major champion, has dealt with his fair share of back issues over the years. Having said that, DeChambeau is only 26-years-old and just now entering his prime.

The Aussie went on to say that he, nor anyone else for that matter, knows what the future holds for DeChambeau, but based on his experiences and injury woes, he’s skeptical.

“I may eat my words and Bryson may be out here for 20, 30 more years and still do the exact same thing. But going through what I’ve done, it can be very difficult to add that weight and try and add that speed very quickly,” Day explained.

The only thing we do know about DeChambeau right now is that he’s fun to watch. Whether you’re a fan of his or not, he’s become almost appointment viewing given his power off the tee and let’s say interesting comments on and off the course.