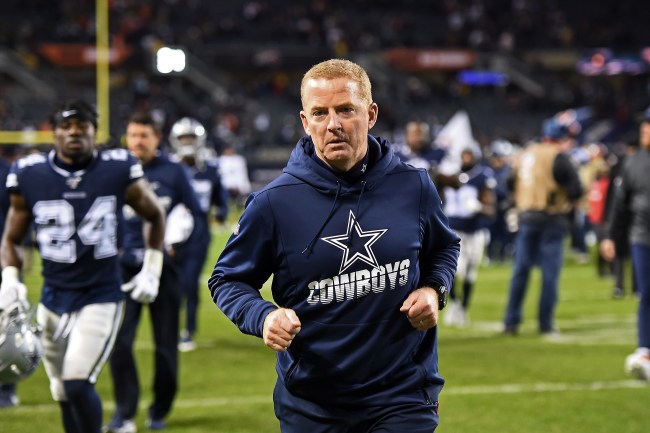 The Dallas Cowboys are interviewing coaches for their head coaching position but still haven’t let go of Jason Garrett.

A source told ESPN’s Ed Werder on Thursday that the Cowboys plan to move on from current head coach Jason Garrett, though no decision has been announced by the team.

According to Fox Sporsts’ Jay Glazer the Cowboys have yet to part ways with Garrett because Garrett continues to try to convince the team to bring him back next season.

.@JayGlazer reported on @NFLonFOX that Jason Garrett continues to lobby to be the Dallas Cowboys head coach.

Glazer added that things went so well with Mike McCarthy that he stayed an extra day in Dallas. pic.twitter.com/8XMMHtbA97

Fox Sports' Jay Glazer on Jason Garrett trying to convince the Cowboys to bring him back pic.twitter.com/hv8ltt1YMd

What a mess the Cowboys have on their hands.