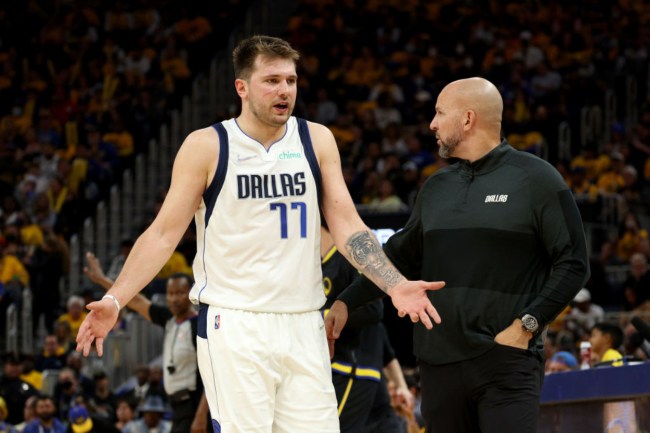 Dallas Mavericks head coach Jason Kidd wasted no time in looking forward to next season after the Mavs were eliminated by the Warriors in Game 5 of the Western Conference Finals.

During his postgame press conference, Kidd challenged his team, but anyone can see that the challenge was mostly directed toward Luka Doncic.

Jason Kidd after Mavs eliminated: “Now, it’s about what’s our appetite come next season? Next season, are we going to be hungry? And then, are we going to train this summer to understand what it means to play until May and June?”

Kidd’s message about training in the summer is undoubtedly directed toward Doncic after he entered the season out of shape. He admitted as much after being called out about it after a game in December. Reggie Miller noted that it was “the heaviest” he had ever seen Luka.

“I had a long summer,” Doncic explained. ” I had the Olympics, took three weeks off, and I relaxed a little bit. Maybe too much. I’ve just got to get back on track.”

With no Olympics to worry about this season, Kidd is certainly hoping Doncic trains hard this offseason.

Kidd isn’t criticizing Doncic, it’s hard to criticize a first-team All NBA player, he’s simply sending a message that if he wants to take that next step and win a title he’s going to need to take things up a slight notch.

Hunger is not Luka’s problem https://t.co/zwCivGpODc

Luka listening to that and laughing. Put a real team around him and then maybe ask him to give up his summer. https://t.co/0edFzguQKo

I wonder who this is about lol https://t.co/TKSCkwFPth