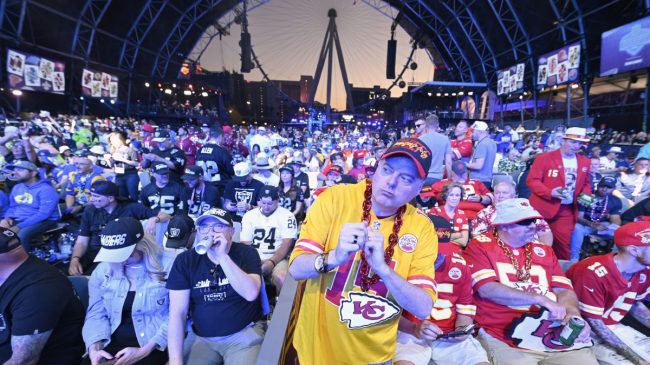 The 2022 Draft wrapped up over the weekend meaning projections for the 2023 season are already coming out. We’ve already seen a number of NFL mock drafts floating around the internet, but one takes the cake as the industry’s worst prediction.

Fox analyst Jason McIntyre released his projections for this time next year, and boy is it bad.

It looks like he missed the entire 2022 college football campaign. Instead, he just compiled a number of top recruits from previous high school classes and slapped them on a draft board.

In his top five are Clemson’s DJ Uiagalelei, Kentucky’s Will Levis, and Florida’s Anthony Richardson. None have performed like first round talents thus far, let alone top overall selections.

Making things worse, his first five players all play quarterback, while he has maybe college football’s best player Will Anderson going sixth. If this past draft told us anything, it’s that pass rushers are highly sought. With another healthy season, Anderson shouldn’t be on the board long.

These projections differ greatly from what Vegas is anticipating.

A number of other head scratchers also made the list. Arik Gilbert, who didn’t play a snap last year, is listed as a first rounder. McIntyre’s also got the Panthers and Falcons taking passers after selecting quarterbacks this past draft. Ten of the first 11 prospects play offense.

It’s bad all around, and he’s rightfully getting ripped for it.

Fans took to social media to weigh in on the projections. Most weren’t kind to the analyst.

This is genuinely the worst mock draft I've ever laid my eyes on. https://t.co/flba3Lr0gi

my head is spinning. this gets crazier and crazier the longer I look https://t.co/9saPt7k1Da

This is nothing new for McIntyre, who had JT Daniels going with the No. 1 overall pick in his early 2022 predictions with Desmond Ridder at No. 2.

Daniels couldn’t win the starting job over former walk-on Stetson Bennett while Ridder fell to the third round of this year’s event.