Jason Pierre-Paul Passed Up On $250,000 By Missing Tampa Bays OTAs To Work With His Trainer 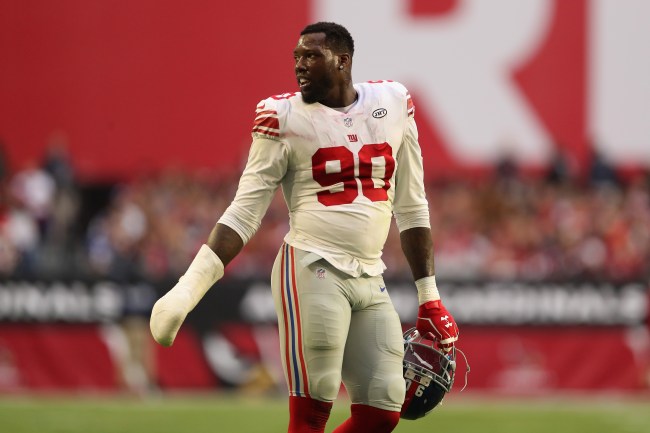 All Jason Pierre-Paul had to do was show up to organized team activities practice and he would be able to buy many more things–like a fully-stocked Lamborghini, or four years of college tuition for his kid, or a mega-mansion in Milwaukee.

But the 29-year-old decided that his $29 million fully guaranteed upon signing with the Bucs this offseason as part of a four-year $62 million contract is more than enough to say ‘fuck it’ to a couple hundred thousand.

The Tampa Bay Buccaneers defensive end chose to train on his own for four hours a day with his personal trainer rather than attend OTAs, Tampa Bay Times Rick Stroud reported on his Sports Day Tampa Bay podcast.

“Jason Pierre-Paul, in his contract that they got from the Giants that he’s now playing under with the Bucs, includes a workout bonus of $250,000 that he just said, ‘Eh, I’m good,’” Stroud said.

Back in March, the Bucs gave up a third and fourth round pick to acquire JPP after the Giants just signed him to a long-term deal and taking his $15 million signing bonus on the chin.