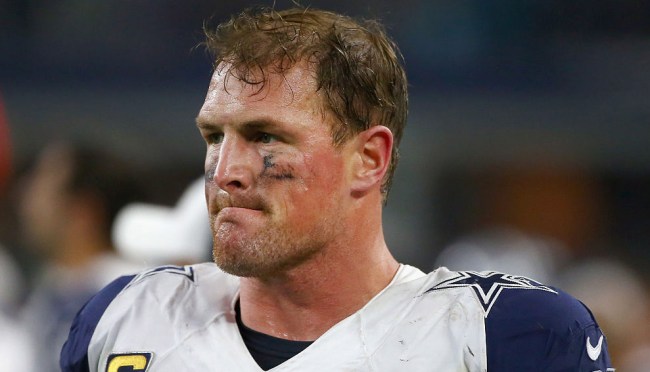 At this point, Jason Witten probably wishes he hadn’t retired from playing in the NFL. The hits he has been taking from social media for his work on Monday Night Football may not hurt as much physically, but they are no less intense.

If he wasn’t rich, famous, and currently holding one of the most coveted jobs in the world of sports I would almost feel sorry for him. But bro knew what he was getting into when he signed up for the MNF gig. If he didn’t have the chops to do the job he should have passed and started out broadcasting somewhere less visible. And speaking of should have passed, how on earth did the people at ABC think Witten was anywhere near ready for such a high-profile broadcasting job?

Because in what has now become a weekly occurence, those watching Monday Night Football expressed their wonder and displeasure about something Witten said while trying to analyze the game.

This Monday night, during the Texans vs. Titans game, Witten inexplicably called the Texans’ offense a “pro-style offense.”

“This is a pro style offense”- Jason Witten….how is this guy on tv

@JasonWitten speaking about the Houston Texans offense: "This is a pro style offense". Last I knew, the @HoustonTexans were a pro team.

Me: “That would make sense in the NFL, a professional football league.”#MNF

Jason Witten just said, during an NFL game, “this is a pro-style offense.” Yeah, thanks for that, guy.

Witten: “This is a pro style offense”

Does he know he’s not announcing a college football game?

Isn’t every offense in the pros a pro-style offense?

Just heard @JasonWitten call the @HoustonTexans offense a "pro style" offense on @NFL_MNF Genius commentary! Who knew! This whole time I thought I was watching Division 3. Thanks for the insight Jason.

Did @JasonWitten on #mondaynightfootball really just say the Texans are running "a pro-style offense" ? Yes! Yes he did! Such insightful commentary. #TENvsHOU C'mon, @ESPN, dump him. He's terrible.

This is a pro style offense. Jason witten said that. While doing commentary for a pro game pic.twitter.com/TFkjnDd4K7

I’ve had enough of Jason Witten and his horseshit analysis. He’s horrible at this job. Earlier he complimented the Texans for running a “pro style offense” and all 2nd half he keeps randomly bringing up Dak Prescott. Who thought him being the #MNF color guy was a good idea??