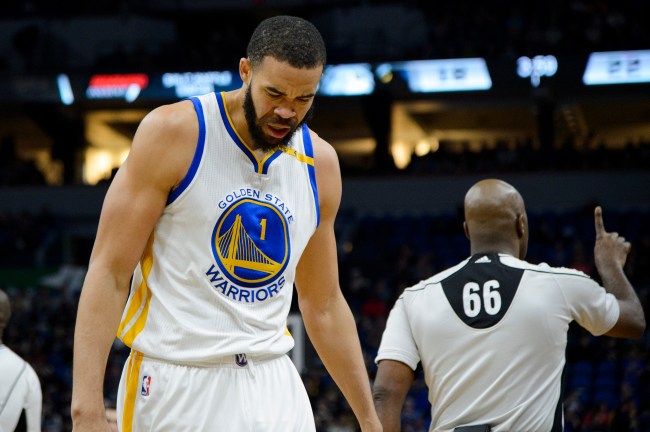 It’s common knowledge that if you’re a professional athlete, picking up women is easier than an open book exam. Wilt Chamberlain once claimed to have bedded 20,000 babes in his lifetime. For those scoring at home, that equates to 1.4 women a day for 40 years. Legend has it that he had sex with 23 different women on one 10-day road trip. Wilt wasn’t bad looking, but scoring over 30,000 career points and being a four-time NBA MVP likely helped a bit. What’s more mind-boggling is that most of Wilt Chamerlain’s shenanigans occurred at the height of the AIDS crisis in America. Some guys have all the luck.

Point is, there’s really nothing a professional athlete can do to make themselves undesirable to the masses of women.

What the fuck did JaVale McGee do to his head?

Please ignore the first two paragraphs of this article because no self-respecting woman would consider boning a dude with an airport runway on his neck. His neck looks like my underwear after Thanksgiving dinner. I honestly thought for a second, his neck was growing an armadillo tail.

McGee raised the stakes from a couple months ago when he debuted the never before seen triple-tail spiral. The only one of its kind.

Best of luck to bringing chicks back to your hotel room with that tragedy on your head, JaVale.

Who am I kidding? My girlfriend would blow him on our anniversary.