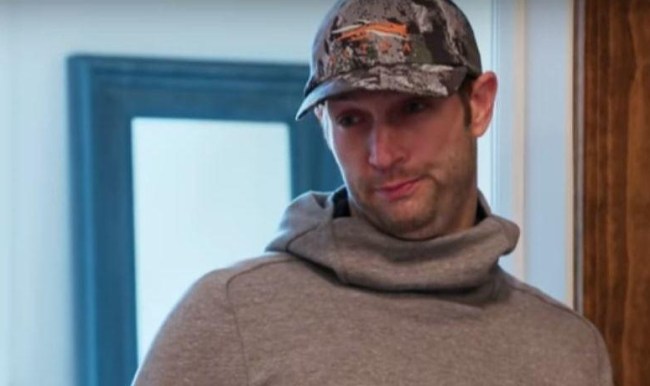 Mondays after a week long fourth of July bender is how Jay Cutler feels every day in his newfound post-football era. For those who tuned into his wife Kristin Cavallari’s new E! reality show, Very Cavallari, it is immediately apparent that Jay Cutler is equal parts The Dude from The Big Lebowski and Brooks from Shawshank Redemption when he gets released from prison. He walks around his mansion like a college kid on quaaludes who is on day six of spring break at his parents house and is fresh out of ideas to entertain himself.

Cutler’s ‘fuck it’ mentality is so strong it borders on arrogance–making him a made for tv, five-tool reality star. For all the untapped potential he left on the field, he makes up for in sweatpants under his own roof. Where others would make a concerted effort to play nice and spit-shine their image, Jay Cutler’s blissful indifference is endearing and refreshing. His comfort zone is cringe.

A couple highlights from the premier…

Cutler makes his reality television debut in the first scene of the first episode, whe he randomly strolls into family kitchen with a YETI cooler full of elk meat.

Cavallari then describes how Jay is spending his retirement: ,  watching deer cams.

A perplexed Cavallari describes his obsessive hobby to her friend: “It’s like live feeds of deer eating out of a deer feeder, not even on our property.”

Jay’s lack of doing basically anything isn’t lost on Cavallari, who wants her husband to piss off

“Just to not have to deal with Jay on a daily basis … I cannot wait for that to be over.”

Apparently the only thing keeping the two from divorcing is Cutler’s tornado tongue.

Jay Cutler is treating his life like a permanent summer Friday. He speaks for most of us.

Jay Cutler is a gift to this earth pic.twitter.com/Yq5Yv2VeP7

Mind you, this is just episode one, and the thirst is already so real for Jay Cutler.

That was probably a top 5 entertaining Jay Cutler Sunday performance.

When Kristin says Jay Cutler needs to support her after he made $125 million in the last decade. #VeryCavallari pic.twitter.com/fB8e0IVhQ4

I can’t believe I spent an hour watching a show on the E! Network. I’m even more surprised how much I miss Jay Cutler and all his wonderful indifference. Stole the show. And, just saying, he’s never performed better in prime time. #VeryCavallari

Jay Cutler is the most electric reality TV star in YEARS. pic.twitter.com/n5fhMXxRqV

I watched Jay Cutler play QB for my favorite team for nearly a decade, never once did I want his jersey. I’ve watched 10 minutes of #VeryCavallari and I want one already.