Jay Cutler Got Hammered, Continued On His Path To Becoming The Greatest Reality TV Star Ever 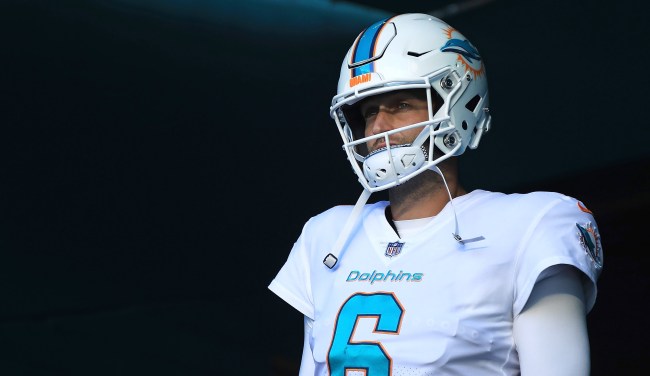 Did you know that former NFL quarterback Jay Cutler has an alter ego named “Les Mis” that appears when he gets drunk? You would if you watched him chew scenery on his wife’s reality TV show Very Cavallari.

The name of the show would lead one to believe that Kristin Cavallari is the star, but as we have seen multiple times in the past, it’s Cutler that’s the real attraction.

Never was that more evident than on this week’s edition of Very Cavallari when Jay and crew had been doing a little (lot) of day-drinking and Cutler’s alter ego made a dramatic appearance.

“Drunk Jay is usually the best Jay,” Cavallari says 100% correctly at one point during the episode.

Talking about the dinner party for some of her friends and Cutler’s behavior during it, which he admitted wasn’t his “best effort,” Cavallari said, “Clearly, everybody else is starting to recognize Jay’s mood. And it’s kind of embarrassing, to be honest, just because all of my favorite people are here and they haven’t been around Jay in a long time. I want everyone just to have a good time.”

For example, during the dinner Jay at various points said, “Me and the babes are going to get some drinks,” and referred to his wife as the “the bread spender.” That went over well.

We also found out that Cutler thought about opening up a butcher shop after retirement, but didn’t because he doesn’t “really want to work.”

We are totally feeling this love triangle on #VeryCavallari 😂👏 Find out more on TONIGHT's episode at 10/9c on E! 💕 pic.twitter.com/KHwokxEMsg