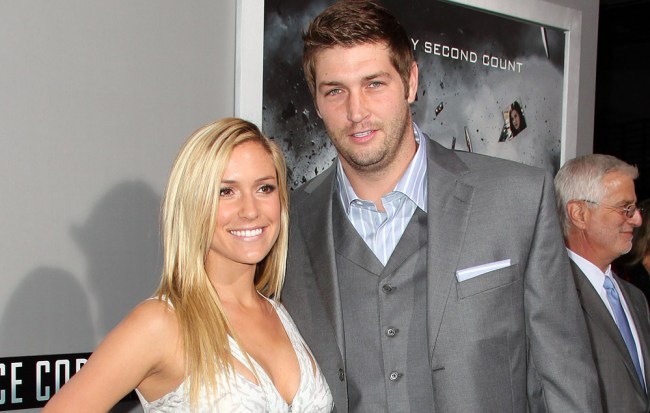 New E! reality show Very Cavallari may be about and focus on former Laguna Beach cast member Kristin Cavallari, but it’s her husband, ex-NFL quarterback Jay Cutler who is the real star of the show. And it’s been that way since the very first episode.

On this week’s show, Cutler once again didn’t get nearly as much airtime as he deserves, but he certainly made the most of the screen time he did receive.

As the show opens, Cutler is hanging around while Cavallari packs for a trip to Los Angeles, when he has an epiphany.

“You,” she responds, as if he should have already known that.

“I’ll send you my rates,” he answers back. (She then clarifies that he isn’t going to be paid to watch his own kids.)

After Cavallari heads off to L.A. Cutler, who must have found a sitter, is hanging out with some friends where he discusses which goats he should get for his new house (yes, I said goats), as well as the fact that he got a vasectomy. The latter of which he goes into detail about.

During that conversation Cutler’s gay friend tells him that he’s glad he can’t get anyone pregnant, to which Jay responds, “Guys can’t get guys pregnant?” (I think he was joking. I think.)

Legit dying at the ‘dudes getting dudes pregnant’ comment

Then Jay, in the highlight of the show, heads over to his wife’s store to do what he does best: sit around making off-the-wall suggestions. This time Cutler suggests the employee put in a “system” for their jobs. Except they already have a system, which they explain to him, so he leaves, saying “I can’t be part of this anymore.”