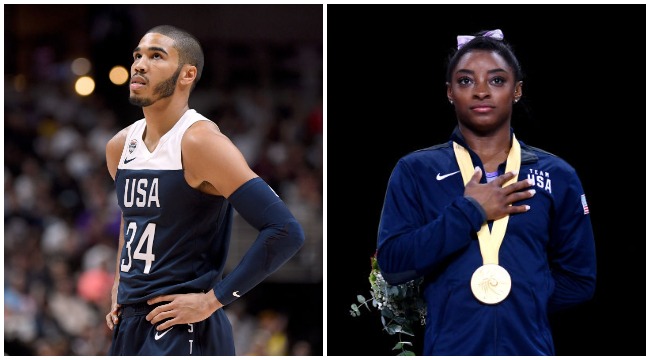 But reaching this conclusion requires nuance, a recognition of the gray area, which isn’t typically rewarded in an online realm that props up pandering and dunking.

Conservative radio host Charlie Kirk opted for the latter on his show, calling one of the most decorated Olympians in American history a “selfish sociopath” and a “shame to the country.”

"We are raising a generation of weak people like Simone Biles" pic.twitter.com/yDLtblAS35

“You’re representing your nation, you selfish sociopath…We are raising a generation of weak people like Simone Biles. If she has all these mental health problems, don’t show up…She’s probably the greatest gymnast of all-time. She’s also very selfish, immature, and a shame to the country. She’s totally a sociopath. Of course she’s a sociopath. What kind of person skips the gold medal match? Who does that? It’s a shame to the nation. You just gave a gift to the Russians.”

“Simone Biles just showed the rest of the nation that when things get tough, you shatter into a million pieces.”

The kind of two-dimensional take that exudes micropenis energy and panders to a specific group of people that would otherwise claim gymnastics is for pansies.

Is it that hard to be supportive and empathetic to what others are going through? This is someone’s daughter and her health your referring to. Wonder if he has kids and how he would feel as a parent someone talking about his kids this way. Cause I’d be DAMNED. Simone is a hero! https://t.co/kJWnXK2tlk

Let’s not forget that Simone Biles has won over 35 medals for our country while being emotionally, physically, and sexually abused by USA Gymnastics. Simone is incredibly strong and does not deserve any of this. Mental health should never be mocked. https://t.co/VZsTXfBcxc

lol who's 'we' charlie, you ain't got no kids bro. when i was your age i was pregnant with my second https://t.co/CxR3UyQQ6Z

It’s always funny to me when people that haven’t even been considered the best at taking a crap in their own household try to tell someone how to be the best in the world at ANYTHING. https://t.co/sLEDADXS7y