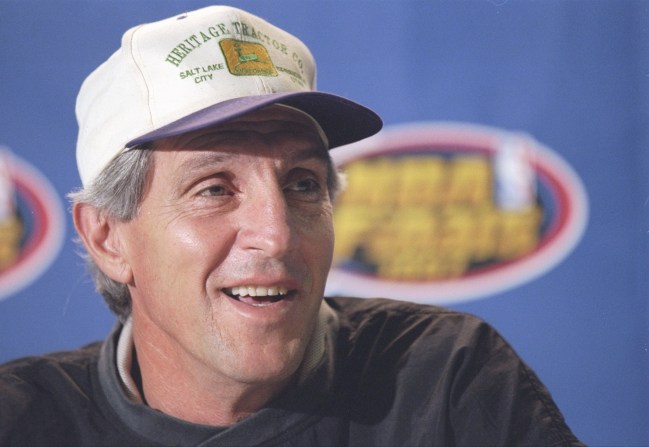 Just two days after Karl Malone urged the public to “pray for Jerry Sloan” in the midst of the former Jazz coach’s declining health, it has since been reported that Sloan has passed away Friday at age 78.

Sloan, a Hall of Famer and one of the most accomplished coaches in NBA history, has been out of the public eye since 2015, when he was diagnosed with Parkinson’s Disease and Lewy body dementia.

Gordon Monson of the Salt Lake Tribune reported in 2019 that Sloan was “frail” and “mentally limited” and required 24-hour care.

Sloan resume, both as player and coach, is just absurd:

Former NBA commissioner David Stern referred to Sloan as “one of the greatest and most respected coaches in NBA history.”

He is survived by his three children.

I learned so much about basketball sitting at the bar with Jerry Sloan and his longtime assistant Phil Johnson. They were beyond patient with a young, dumb reporter. And Jerry never made excuses if his team lost-which wasn’t that often. RIP to a great, great coach. https://t.co/PaQLnMLn1j

2 x All-Star as a player & Hall of Fame coach who was willing to get in the face of any player including Kenyon Martin & Jerry Stackhouse!

One of the best to ever do it. RIP, Jerry Sloan. pic.twitter.com/niCcnN9fKh