Mets 3B J.D. Davis Stole The Easiest Base Ever Because Buck Showalter Knows The MLB Rules Better Than Most 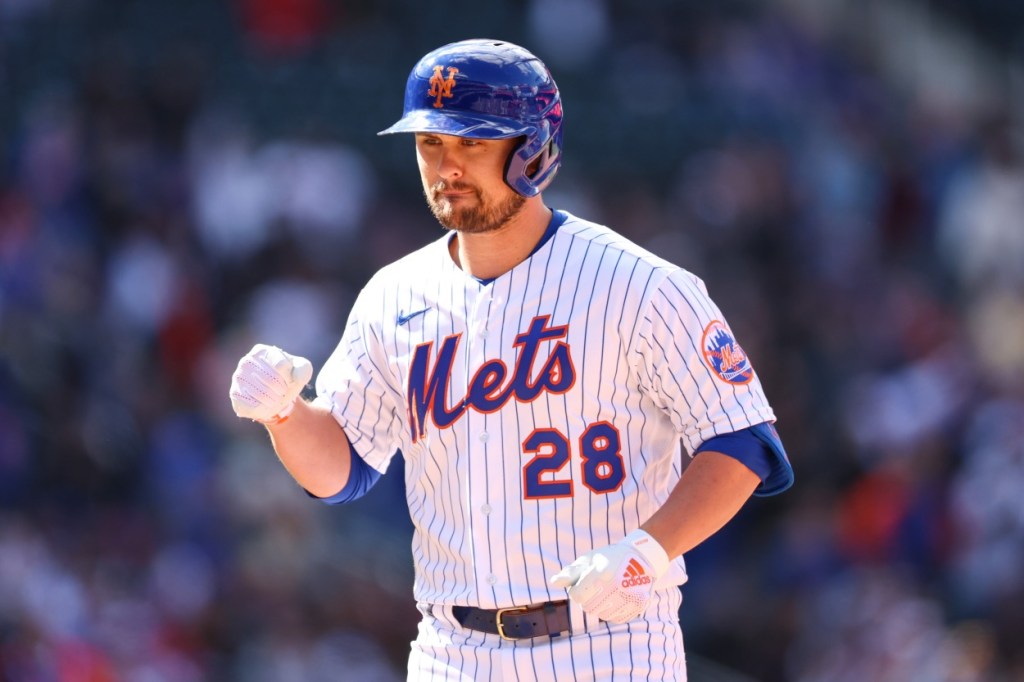 New York Mets third baseman J.D. Davis pulled off the easiest stolen base we’ll see in Major League Baseball this season. And it was all thanks to Mets manager Buck Showalter being a massive nerd for the rulebook. I should note that I’m using the term ‘nerd’ as a sign of respect here (as I always do).

The Mets hosted the Arizona Diamondbacks on Sunday and put up five runs to take 2 out of 3 games in the series. MLB.com’s recap headline of the game was ‘Mets’ aggressive baserunning pays off’ which is a nod to manager Buck Showalter forcing his squad to hustle, but this is so much more than that. This stolen base was weeks (months? years?) in the making.

After the game, Showalter told reporters “it’s something we talked about in the spring. We go over a couple of rules every day.” So what exactly happened? Let’s watch the video and then we can break it down below the clip.

J.D. Davis Stole The Easiest Base Ever Because Buck Showalter Is A Rulebook Nerd

Buck Showalter’s full comment after the game about the easy stolen base was this:

What happened is this… The Diamondbacks believed Dominic Smith left 3rd Base early on the sacrifice fly. They wanted to challenge that play because Smith scored a run and they believed he left too early.

According to a little-known and rarely-utilized MLB rule, the appeal (from the Diamondbacks) was negated when Arizona pitcher Oliver Perez stepped towards second base. The announcer said “pitchers don’t know that, but once you step off the appealed play that puts the ball back into play.”

So J.D. Davis was easily able to trot over and take the stolen base. Davis spoke to reporters after the game and shared that it was “one of the best ones and one of the easiest [stolen bases] ever.” He also added that he got the heads up about the situation from Mets’ backup catcher Tomas Nido who was in the dugout and gave him the nod to be ready.

Everyone on the team gave credit to Buck Showalter for the heads-up play. And this bodes well for the Mets who have started hot (7-3) and host the Giants in Queens this week before they head out on the road to face the Diamondbacks again.