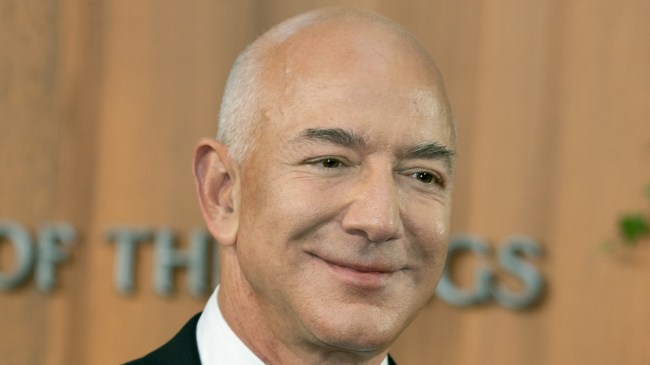 The future of the Washington Commanders hangs in the air as Daniel Snyder has yet to sell the team. However, Jeff Bezos remains a major player in possibly making a purchase.

Well, the latest rumors suggest that Bezos could be making a big move in order to purchase the franchise.

According to the New York Post, “chatter is growing that Amazon’s billionaire founder is looking to clear the way for a purchase of the Washington Commanders by selling the Washington Post.” These speculations grew, “last month by leaked video of publisher Fred Ryan disclosing layoff plans at an unruly town hall meeting.”

Considering Bezos is one of the richest people in the world, technically he doesn’t have to generate more wealth to make an offer for the team. Instead, the New York Post suggests that “the Commanders’ embattled owner, Dan Snyder, is still sore over the storied newspaper’s series of exposes alleging a toxic management culture at the team, where bosses including Snyder allegedly enabled sex harassment.”

These rumors would suggest that Jeff Bezos is possibly choosing to sell the Washington Post as a way to please Dan Snyder into selling the team. “I think Bezos’ people could go to Dan and say as a gesture of goodwill, ‘We are selling the paper,’ a source close to the situation said. ‘I think that would go a long way with Dan,'” per the New York Post.

For now, Bezos still owns the Washington Post while Dan Snyder remains the controlling owner of the Commanders. Things should heat up throughout the offseason though, as the multi-billionaire has expressed major interest in purchasing a sports franchise.

Until then, we can only speculate what will come about for the Commanders. Either way, it sounds like a possible sale could be in the works soon.