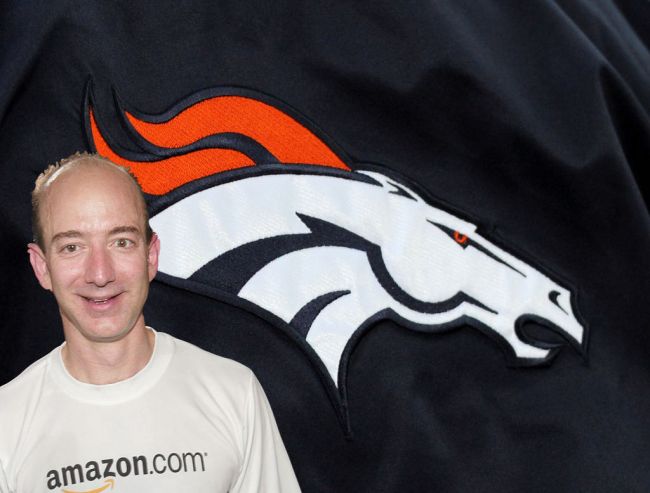 Las Vegas Raiders owner Mark Davis recently hit for $1,800 at a Vegas casino slot machine on his very first pull of the lever.

Earlier today, I called this “God’s latest sick joke,” pointing out the poetic injustice of a machine created to instill false hope in low-income, menthol-smoking Boomers gifting a $500 million man a sum that will barely turn his yacht’s gaslight off.

I would like to apologize to Mr. Davis because Davis, the NFL’s poorest owner, needs that $1,800 cash infusion much more than Jeff Bezos needs the ~$4 billion to maybe/possibly/probably buy the Denver Broncos after this upcoming season.

Jeff Bezos is rumored to be interested in buying the Denver Broncos, per @byajperez.

The team is currently valued at ~$4 billion, which is only about 2% of his net worth — or equal to the median American family spending less than $2,500.

If Bezos—who reclaimed the World’s Richest Human title in August ($200.6 billion)—were to buy the Broncos, his bank would not even send him an “Unusual Spending” notification. It is the equivalent of the average American family buying a Peloton. Jeff Bezos buying the Denver Broncos would be the equivalent of the Average American purchasing one ticket to the franchise’s last Super Bowl appearance. And sitting in the bleachers.

As a matter of fact, the 57-year-old could buy all 32 teams in the NFL and still have enough money to duke it out with former Microsoft CEO Steve Ballmer over the 10th Richest Person alive.

As my friend Connor points out:

Forbes values the team at $3.75 billion. It estimates all NFL teams are worth a combined $111.5 billion.

Bezos could buy every NFL team and still have almost $90 billion.

And to think the news broke a full 26 years after Bezos’ first Amazon story was published, presumably after O’Doyle administered him a swirley and poured pudding on his head.

On this day in 1995: Jeff Bezos photo taken for first story on Amazon pic.twitter.com/ru6Nt83joE

Dream big, kids. And do your computer science homework.