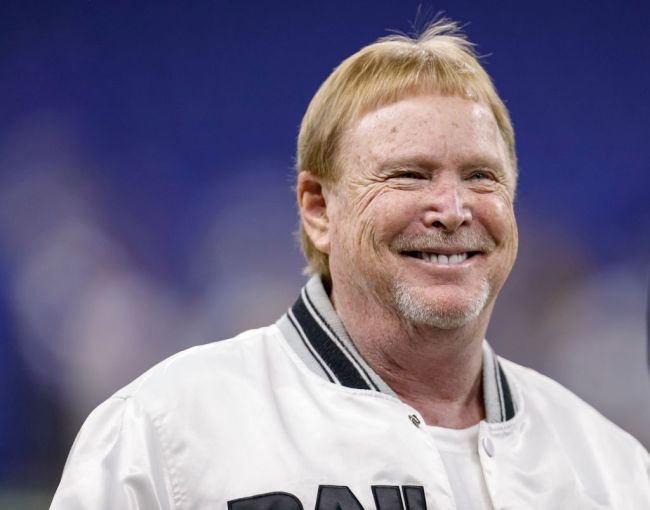 At the time of this writing, thousands of Boomers are taking long drags from longer menthols and posting up at slot machines in Vegas casinos, drinking cocktails while the rest of America opts for coffee, pulling a lever on a dream that will never be realized.

Meanwhile Las Vegas owner Mark Davis sits his $500 million tush down at a slot machine, yanks the lever, and a congratulatory siren bellows throughout the Virgin Hotel in Sin City.

According to TMZ, the 66-year-old pulled up to the Wheel of Fortune slots around 11 PM earlier this week and with one pull, became $1,800 richer. For perspective, that can purchase your average Boomer 141 packs of Newports. A true haul.

Raiders owner Mark Davis was testing his luck at the slot machines earlier this week. https://t.co/lS7urF6bmx

Eighteen hundred dollars is hardly life-changing money for most, but when you consider the cartoonish odds of winning something, anything, on slot machines, it’s truly astonishing who ended up beating the odds.

As if inheriting an NFL sports team from your father and moving into a $2 billion stadium wasn’t lucky enough, let’s tack on a month-and-a-half rent for the average American.

God steals Robin Williams from us and rewards a guy who would drop $14 million to live in this supervillain monstrosity.

This is the house Raiders owner Mark Davis is building in Henderson's luxury Ascaya community. pic.twitter.com/82eIN2fEI7

The world truly does work in mysterious ways. And I don’t like it.