Jeremy Lin Shot The Lights Out In The G-League, Nine Years After ‘Linsanity’ Reached Its Peak 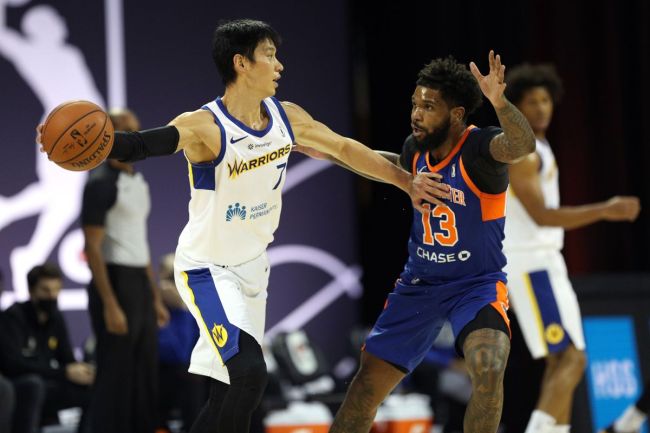 Linsanity had an encore in the G-League bubble on Sunday. Nine years after Jeremy Lin’s incredible run reached its pinnacle with a buzzer-beater against the Raptors, the 32-year-old Harvard graduate dropped 29 points and nine assists for the Santa Cruz Warriors in a 124-116 win over the Westchester Knicks.

Nearly a decade ago to the (Valentine’s) day, Lin made a game-winning three-pointer with under a second remaining to beat the Toronto Raptors on the road. His historic rise was so sensational that he had the away crowd cheering for him. Almost a decade later, he turned back the clock and hit seven three-pointers in his third game since returning from China to chase an NBA comeback.

Jeremy Lin against the Westchester Knicks in the G-League bubble today:

Prior to this season, Lin spent all of 2020 playing for the Beijing Ducks after a nine-year stint in the NBA. He had his unbelievable breakout year with the New York Knicks during the 2011-12 season and served as a solid rotation guard for eight different teams in the years following. We last saw him in the league with Toronto during the 2018-19 season after he was waived from Atlanta and he became the first Asian-American player to win an NBA title.

Lin’s return to the top of professional basketball is not likely to happen with Golden State. The Warriors have a full roster this season and would have to cut a guaranteed contract to free up space for the California-native. However, if his dominance in the G-League continues, another NBA team with a need at guard is very possible. Especially if a need arises due to injury or COVID-19.