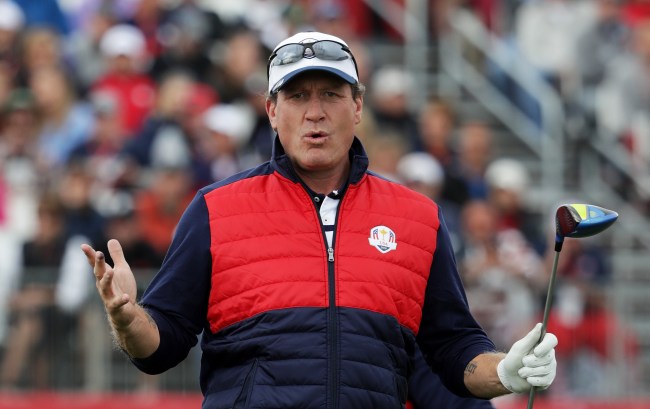 Jeremy Roenick played in NINE NHL All-Star games spanning 1991 through 2004. He recorded his 500th career goal in 2007 which made him only the third-ever American-born NHL player to score 500 goals. Joe Mullen and Mike Modano were the first two.

According to Cap Friendly, a website that tracks all of hockey’s financials, Jeremy Roenick had estimated career earnings of $53,835,000, which is $83,635,205 in today’s dollars. The dude’s rich. He’s so rich that rich people would consider him wealthy. He’s also stuck at home right now just like everyone else.

Roenick went on social media to debut the ‘At Home All-Star Challenge’ and challenge Johnny Manziel, PK Subban, TJ Oshie and Eric Stonestreet to complete it as well. He undergoes a long series of tests like dunking on a kids-sized net, juggling a soccer ball, hitting a baseball, putting, push-ups, and more.

All things considered, it’s a better challenge than 99.99% of what I’ve seen on social media over the past few weeks but my problem with this one is it really just seems like it was an opportunity for Jeremy Roenick to flex his outrageous backyard. The dude has a better sports compound at his house in Scottsdale, Arizona than most American high schools.

The reactions to his clip were great. The first person to point out how the person running the camera needs a raise is my hero because they nailed this. I have to imagine it took a few takes to get right but it’s still great nonetheless. I’m also craving Ruffles Chips nows.

The camera work on this video. 👍

My best sport growing up believe it or not! Almost quit hockey to play it.

Haha love it. The dB method squat. No way you bought that yourself 🤣

World: @Jeremy_Roenick, how much do you miss sports?
Jeremy Roenick:…

Just imagine him chasing you down: pic.twitter.com/eudrub5887

Celebrities, they’re just like us. Stuck at home for the past month AND the foreseeable future. Just like us. No differences whatsoever. None at all.