As Name, Image And Likeness Becomes Tangible, Jerome ‘Junk Yard Dog’ Williams Is Flipping The Business Of Sports On Its Head 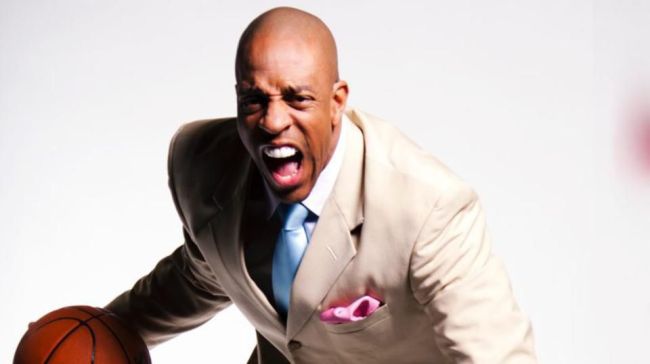 Jerome ‘Junk Yard Dog’ Williams has been there, done that. The former first-round NBA Draft pick has been on the biggest stage of collegiate and professional basketball, but he didn’t always know the value of his product. At 48 years old, Williams has discovered his worth in both present day and retrospect, which is why he founded Alumni Pros Global Sports.

As the conversation surrounding Name, Image and Likeness (N.I.L.) continues to amplify, Williams is set out to help young athletes increase control of their person.

Name, Image and Likeness refers to an individual’s ability to make money on his or her own self. William takes it one step further.

“I define N.I.L. as intellectual property (I.P.),” he said. “Whether you’re in the music industry, the movie industry, or the athletic and sports industry, intellectual property is something that has always been undermined. Particularly in sports, the institutional setup that has been in place for the last 50 to 75 years has kept athletes from reaching their full value.”

At its most simple form, N.I.L. would allow collegiate athletes to profit from endorsements beyond the field. For example, if Trevor Lawrence wanted to do a shampoo commercial while at Clemson, he could receive compensation from that paid promotion.

But it’s a lot more complicated than that, which is where Williams comes in. He and the team at Alumni Pros are working with young athletes to give them an understanding of the money that they could be making for just being themselves.

The debate on collegiate compensation has been going on for years, but large part of the discussion began nearly a decade ago over a video game. Former UCLA basketball player Ed O’Bannon filed a lawsuit against the NCAA on behalf of the NCAA’s Division I football and men’s basketball players. He challenged the organization’s use of the images and likeness of its former student athletes for commercial purposes.

O’Bannon agreed to be the lead plaintiff after seeing his likeness from the 1995 NCAA Championship team used in the EA Sports video game ‘NCAA Basketball 09’ without his position. Oscar Robertson and Bill Russell are also among the plaintiffs as former college athletes. 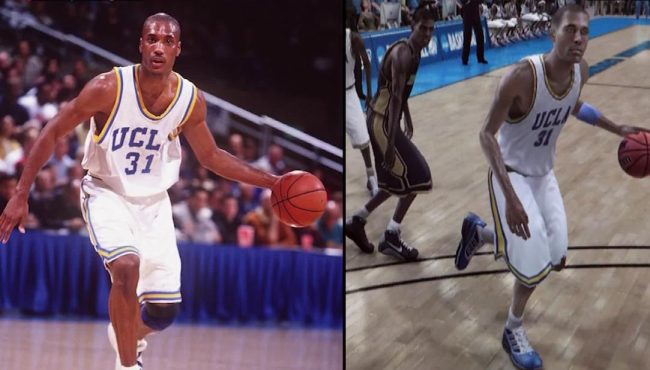 EA Sports eventually settled the case and discontinued their college sports video game franchises. It was the first big step toward getting the conversation started.

Williams, who played two years of college basketball at Georgetown and nine in the NBA, had a similar epiphany in 2020.

“I got this phone call last year about a video game,” he said. “The video game wanted me as a basketball player. So I get this call, and they’re explaining me that my name, image and likeness could be worth tens of millions of dollars just to be in a game. I went back and did research on how much I was paid from the NCAA — zero — and then from the NBA for that same name, image and likeness. We were talking about hundreds of dollars.”

After crunching the numbers, it clicked. There is wealth in knowledge and Williams just didn’t know.

“The motivating factor was this question,” he said. “How do I go from getting paid hundreds to millions for just me?”

As he looked into the answer, Williams found an untapped well of education and understanding.

“That discrepancy in finances is what fuels the fire and the flames,” he said. “Getting players and people compensated properly, and teaching them how to capitalize on their Name, Image and Likeness.”

His mission has a deep root in video games and wanting to continue the conversation that O’Bannon began in 2014.

“O’Bannon went to war with the NCAA and took a lot of abuse because he was trying to compensated for being in the NCAA basketball game,” Williams said. “I was a part of that. I was in that video game. And we as athletes are still waiting on our payout.”

While much of the discussion stems from the collegiate game, it continues on to the professional level.

“I’ve been a player in the NBA who has received compensation for being in video games,” Williams said. “And now, as I’m retired, that money is different and looks different. My name, image and likeness looks different. But it can be used for the same amount of money — hundreds of dollars — when it’s worth millions.”

And that’s where Alumni Pros comes from.

“Alumni Pros has a very deep, strong foundation in video games,” he said. “I was able to capitalize off of my play and my personality. And as the conversation surrounding IP gets enhanced around the country, I realized that if athletes today know what I know, their compensation can be exponential through education.”

Cashing in on Junk Yard Dog.

Williams helped play Georgetown into the Elite Eight in 1995-96 and was a fan-favorite for the Pistons, Raptors, Bulls and Knicks in the NBA.

While his stats were one thing, he might be better known for his hard-nosed mentality and ‘Junk Yard Dog’ persona. There wasn’t a hustle play for which Williams wasn’t involved. He was an all-out, full-send player.

Williams’ tenacious defense, persistent grind and “go hard to the rim mentality” is where he made his name. Or nickname, rather.

The nine-year veteran earned the nickname ‘Junk Yard Dog’ because of how he played. That brand made him marketable and he used his platform to accrue more than $51 million in career contract earnings. Though his earning on the court were substantial, Williams became a personality beyond the arena.

However, if Williams had someone to guide him through the financial prospect of his person, he would have seen the value as greater and far sooner. That is what he and Alumni Pros is trying to instill on the next generation of collegiate and professional athletes.

Williams was a superstar basketball player. He and those like him are constantly positioned in the national spotlight, making their N.I.L. of significant value. Same with college football players. However, the conversation surrounding worth gets tricky when you look beyond the top-two money sports.

The discrepancies speak to a larger conversation about collegiate sports and their marketability as a whole, but it is the case nonetheless.

“Here’s the caveat to that,” Williams said. “On the Trevor Lawrence side, his value only appears greater because of the institutional infrastructure that has been put around the sport of football and the sport of basketball. They have built up a blockade in terms of how those institutions are maximizing and monetizing these groups of athletes.

So how do you navigate that discrepancy and funnel a seemingly lesser-value player toward financial opportunities?

“Other athletes, like the second baseman on the baseball or softball team, for example,” Williams said anecdotally. “They have a following and intellectual property as well. But the institutions haven’t come in and maximized that. Within their sports, of softball or baseball or soccer or whatever it may be, there is a following. So based on different attributes, names and things that are attractive to those particular sports’ fans, you can turn those followers in to tangible assets. That’s where education and knowledge come into play.”

How does the conversation continue? Where does it go from here?

The conversation surrounding Name, Image and Likeness has taken on a greater role in society than ever before. As of June 16th, 18 states have signed N.I.L. legislation into effect. Just last week, the Supreme Court eviscerated the NCAA’s business model. The opportunity for athletes to be compensated is growing and change is coming nationwide sooner rather than later. Finally.

“Athletes have been taken advantage of for decades,” Williams said. “I was a part of that. Intellectual property of athletes have been utilized and the profits have seen other people profit— and not the athletes. It’s time for that to stop.”

Systematic change is on the horizon, and Williams wants to assist young athletes in securing the bag and finding their value.

“Alumni Pros is a tool,” Williams said. “We bring in the education and the development for all athletes to ensure that they are receiving proper compensation for what they are worth.”

An athlete’s value accrues from the moment that they begin playing a sport, and “Player Intellectual Property” drives the majority of their revenue potential in the larger marketplace.

Consulting firms are entering the business side of sports around the country, but Alumni Pros is founded on the Alumni principle. They have been through the collegiate and professional lifestyle, and now they are here to educate. Williams likes it that way.