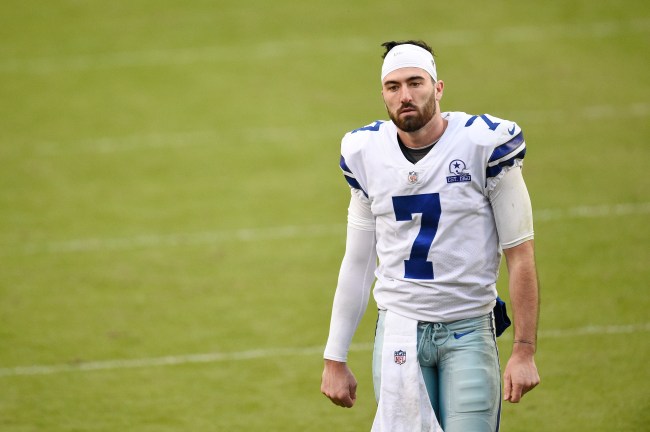 If you told Ben DiNucci when he was slanging footballs against North Dakota State that in just one year, he’d victimized by the Jerry Jones Treatment, he probably would have gotten a job at Enterprise.

No one expected the 23-year-old James Madison product to move mountains in his first NFL game (nationally-televised no less), but DiNucci’s 21-for-40, 180 yard, two fumble, zero touchdown performance prompted some patronizing criticism from Mr. Jones.

Translation: “Poor widdle baby was too fragile to survive his first NFL game. Could we expect anything more from a drooling, pooping widdle baby waby? Isn’t he cute though?”

Dak Prescott’s ankle falls off. Andy Dalton gets nearly decapitated and no one on the Cowboys offense comes to his defense. And you expect your seventh round pick to waltz under center and channel his inner Troy Aikman like he’s back playing against the Elon Phoenix? Don’t be senile, Jerry.

The good news is that DiNucci may have a chance to redeem himself next week against the only undefeated team in the league in the Steelers.

If only Jason Garrett was around to clap away the problems.