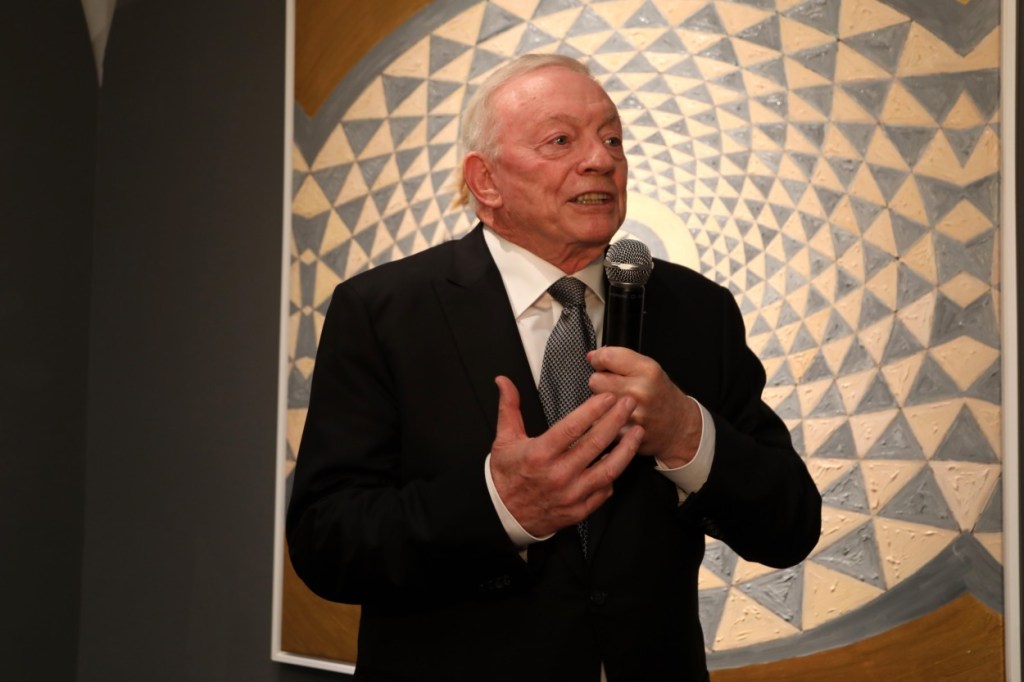 The Dallas Cowboys did draft Emmitt Smith with the #17 pick so it’s possible that owner Jerry Jones might capture lightning in a bottle once again. His latest comments suggest he’s either playing checkers or 4D chess, or he’s being deliberately vague to confuse other teams.

Jerry Jones has owned the Dallas Cowboys for 33 years which means he’s overseen 32 or 33 NFL Drafts. And it’s been 27 years since Dallas won a Super Bowl. So either Jerry doesn’t put too much stock in the NFL Draft for stocking up a team or they just haven’t been able to get it right since they drafted Troy Aikman at #1 overall in 1989.

Edge rusher, right tackle, and wide receiver. Jerry Jones on the other hand suggests the team will stay fluid or nimble or pliable or whatever…

Cowboys owner Jerry Jones said discussed various, interesting draft scenarios this morning. “We should be thinking out of the box. We should be contrarians.” Believes there is value in unconventional thinking as it pertains to roster construction. “Flexibility, we have it here.” pic.twitter.com/dqDpROHUKe

The replies to that tweet reveal the eternal pessimism that I respect so much from Cowboys fans.

Cowboys taking a QB at #24 confirmed

CAN'T DO THAT BY GIVING UP PICKS

As an unbiased outsider, I’d actually really, truly love to know how much input Jerry Jones has on NFL Draft picks in the moment. He says they’ll exercise ‘flexibility’ and that they should be ‘contrarians’ but are they just hollow words from a guy who has no actual control at the moment because the decisions were made ahead of time or is he gonna hop in there and be like ‘GO GET HIM’ and pull a total wild card off the board?

In Mel Kiper Jr's latest mock draft… here are his picks for the #Cowboys in the first three rounds:

For anyone who wants to read more about those Mel Kiper Jr. Mock Draft picks (I know, I know, Mel is irrelevant) just hit that tweet above!