Stephen A. Smith Doesn’t Want Deebo Samuel To Be ‘Contaminated’ By The Dallas Cowboys 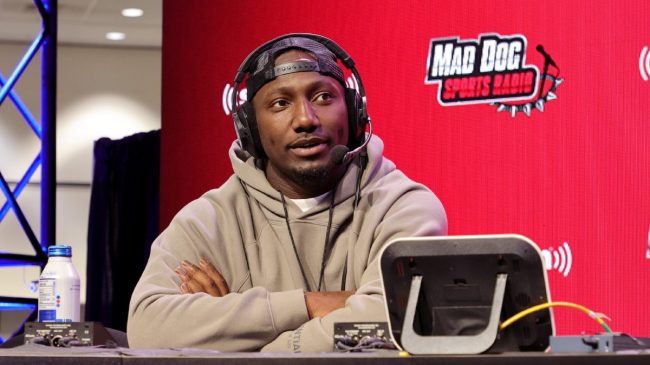 He made his opinion known this week when he asked the 49ers to trade him ahead of the 2022 NFL season. He’s removed all social media affiliation with the organization, and it seems that his time with the team could be coming to an end.

Unless something changes drastically, Samuel will not don the red and gold next year.

San Francisco seems less intent on trading the star wideout. GM John Lynch provided his stance on the situation by saying that the team plans on keeping Samuel as “a part of us for a long, long time.”

Something’s obviously changed since then because the pass catcher is reportedly holding up contract negotiations with the front office.

His activity on Twitter has caused even more concern, as his most liked posts revolve around the 49ers trading the superstar. He’s also been sharing photoshopped pictures of him playing in different uniforms.

One of those teams was the Dallas Cowboys, which has obviously caused an uproar in the NFL media. While the Cowboys aren’t one of the favorites to land Samuel, there could be some mutual interest.

Dallas is always looking to add star power, and Samuel would provide just that. One of the league’s most dynamic players, the Cowboys would love to give Dak Prescott another weapon on the outside.

One ESPN personality, however, is seemingly against the potential trade.

Stephen A. Smith made an appearance on ESPN’s First Take Thursday morning to talk about the possible joining of Dallas and Deebo. He wasn’t too fond of the marriage.

Smith says he doesn’t want to see Samuel “contaminate himself and ruin his future by being stained.”

He does go on to say that the Cowboys are the No. 1 franchise from a money standpoint, and that Samuel seems to be chasing the dollar.

“If you’ve got that star on your helmet and you’re playing in Jerry World in his billion-dollar playpen, that’s going to generate some dollars for you.”

Smith has a point.

It seems like if Samuel wanted to have a deal done in San Francisco that it would’ve already happened. We’ll see if Dallas, or another suitor, can offer enough cash to lure the wideout in.