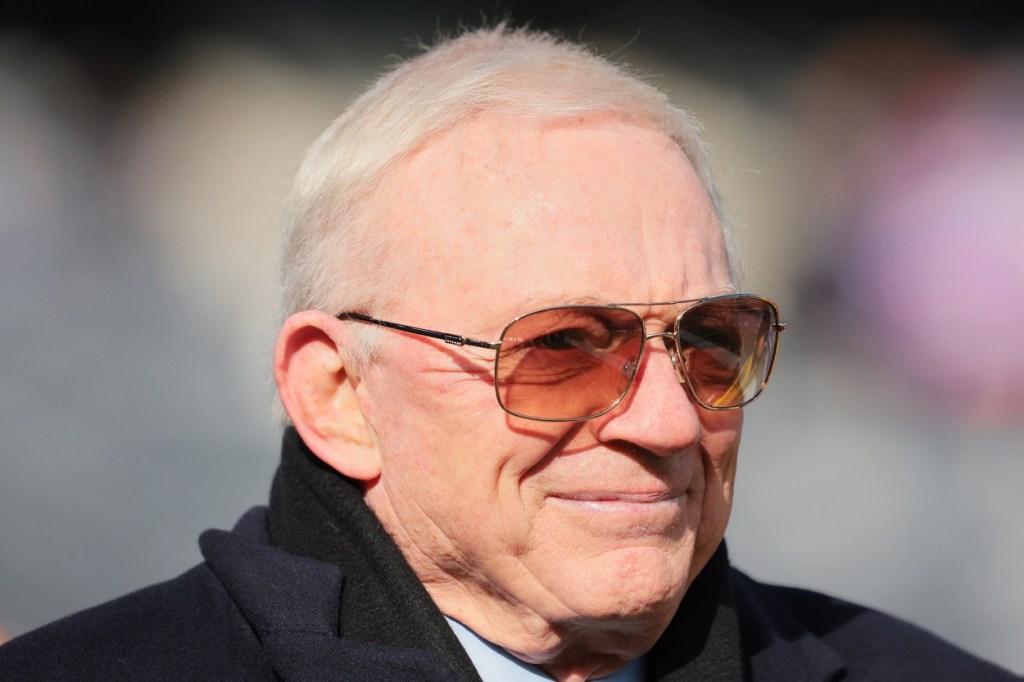 Back in 2019, there were only three NFL teams in the top 10 most valuable teams in the world but the Cowboys were sitting pretty at #1 with an estimated value of $5 billion. This year’s list hasn’t yet been published by Forbes but the Dallas’ valuation jumped to $5.7 billion in 2021 and will likely grow this year after Dem Boyz have already jumped 43% in value from 2016-20.

That’s all after Jerry Jones famously purchased the Dallas Cowboys for $150 million (a record back then) in 1989 which is the equivalent of $349,728,629 in 2022 dollars. So… Forbes estimates the Cowboys are worth $5.7 billion. That’s the widely reported number in the media. But Jerry Jones thinks they’re worth maybe double that and he said so when discussing the Denver Broncos sale with Peter King.

In this week’s Football Morning In America, Peter King asked Jerry Jones about the Denver Broncos reported sale price of $4.5 billion which is 2x the number the Carolina Panthers were purchased for in 2018. Here’s what Jerry had to say…

Jerry Jones Reveals Cowboys Are Worth Double What Most People Think

Amazing, especially considering that when Forbes did its annual valuation of franchises this year, the Broncos were 10th. So if the Broncos are 10th and worth $4.5 billion, what are the rolling-in-dough Cowboys worth? Forbes says $6.5 billion. The smartest business consultant in NFL circles, Marc Ganis, told me he thinks Jones would get $8 billion or $8.5 billion if he tried to sell. Jones, when I asked him, said:

Jerry Jones: “Ten up.” Asked to clarify, he said, “more than $10 billion. But let me make this very clear,” Jones said. “I’ll say it definitively. I will never do it. I will never sell the Cowboys. Ever.”

Football Morning In America is up!
In my latest column, you'll find:

It’s pretty impossible for me to envision a world where Jerry Jones sells the Dallas Cowboys or anyone in his family sells it in the future. I can’t even imagine a scenario where the league would ever force Jerry to sell like has happened with other pro sports team owners.

It is also worth noting how Jerry Jones seems legitimately astonished by the league’s success. Here’s the guy who owns the NFL’s most valuable franchise but he also shared this with Pete King:

Shouldn’t the guy in the driver’s seat be able to see where the bus is going?

Other interesting comments from Jerry Jones

The conversation between Jerry Jones and Peter King wasn’t limited to the Cowboys’ valuation. Here’s another excerpt from the interview that’s been making the rounds:

Forbes estimates that Jerry Jones is worth $8.5 billion. Surely that number should be significantly higher if the Dallas Cowboys are worth $10B+, right?