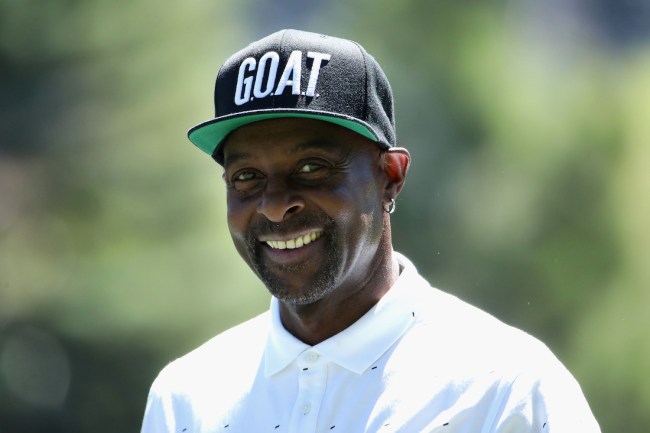 When it comes to thinking about the greatest of all time in any sport, Jerry Rice’s name typically lands near the top. After all, the former NFL wide receiver broke pretty much every single receiving record in league history, and finished his illustrious career with a ton of milestones that may never be broken.

For that reason, some even consider Rice to be the greatest football player ever, not just the best wide receiver of all-time. That’s obviously some high praise given all the talent the NFL has seen over the past century.

One thing that separates Jerry Rice from other greats is his competitiveness. Sure, he may be soft-spoken, but don’t confuse that for having a lack of passion. So when the Hall of Famer began talking about the modern NFL — one in which prohibits pretty much any contact with wideouts to protect players from injury — he didn’t hold back in making some serious proclamations about himself.

Rice went as far as saying he wouldn’t just add a few more yards, receptions and/or touchdowns to his already Hall of Fame career, but that he could potentially double the stats he put up. Uh, that’s insanity.

“First of all, the game really favors the wide receiver now, because you can’t put your hands on him,” Rice told Brother from Another, which is on location today and tomorrow in Lake Tahoe. “Linebackers can’t take shots at you coming across the middle anymore. It’s kind of hard because it’s hypothetical, I probably might be able to like double everything.”

Now, look, it’s easy for an old guy like Jerry Rice to talk about how he’d dominate in today’s NFL since, you know, he hasn’t played in about 15 years. But does anybody doubt that he’d actually come close to erasing his records with even bigger ones? One look at him today and he still looks like he could play.

Imagine Rice being thrown a perfect spiral from Patrick Mahomes or Tom Brady and tell me he wouldn’t prove even more that he’s the GOAT. Yeah, this probably isn’t too far off.