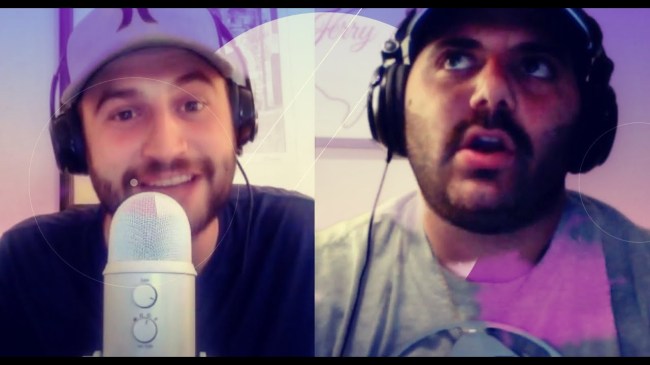 For those of you who have not been with us week after week to tune into maybe the most outrageous guest off all-time on The Brilliantly Dumb Show, ‘Jersey Jerry’ has been setting the place on fire. Jerry, a wild card with no filter from New Jersey, is competing for a chance to win his own segment on the show. He has held nothing back on his bizarre takes and picks and is slowly turning into “Jerry Mush” as he is off to a 0-2 start. But nobody knows horses better than Jerry himself and this week he tries to get things back on track as he hunts down a winner for this weekend’s Kentucky Derby.

Before Jerry gave his Derby pick I had him rattle off all 18 horses in the race which he insisted he can do with ease. Jerry has spent his time gambling at the track ever since he was a kid and was introduced to the sport by his late, great, grandfather “Joe Tears”. Mr. Tears was given the name for his constant ability at the track to pick nothing but losers. This weekend Jerry looks to redeem himself with his pick Authentic on a win, place, or show bet. Jerry insists to bet a ton on it, but with his track record, you may want to think twice before hammering about on Jerry’s “lock”.

Whether you take the bet or not, you have to do yourself the favor of listening to Jerry’s segment on the pod and watch him plead his case for this horse. It is incredible content that the fans of the show can’t seem to get enough of. Be sure to subscribe to The Brilliantly Dumb Show on YouTube and all other streaming platforms to get your Jersey Jerry fix on a week to week basis on the show.