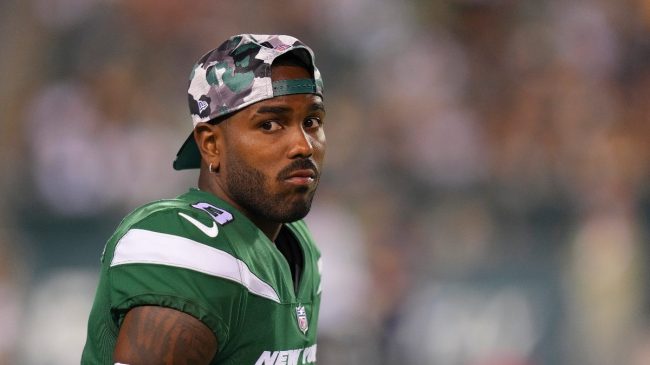 Earlier in the season, wide receiver Elijah Moore requested a trade from the New York Jets. That never came to fruition, as the NFL trade deadline has come and gone. Instead, the organization doubles down on their commitment to him, despite the ongoing drama between the young receiver and quarterback Zach Wilson.

According to Kevin Patra, general manager Joe Douglas has no plans of trading Moore anytime soon. He admits the Jets fielded some calls for the second-year wide receiver, but New York refused to trade him away. From there, the franchise doubles down their commitment to Elijah Moore.

The Jets’ general manager states, “We love Elijah. We all stood on the table to take him high in the second round last year, and we think the world of him. Obviously, we’re a football family and anytime there’s an issue, we like to handle that in-house. But I was able to have a really good one-on-one conversation with Elijah. We think the world of him; we think he has a bright future as a New York Jet.”

Hey, maybe they did have a talk and everything is all better now. However, Moore has been incredibly vocal about his displesure in New York. Especially considering he’s not receiving much attention in the passing game.

Perhaps things will turn around now that the trade deadline has passed. There really isn’t anything else Elijah Moore can do right now other than play football. Hopefully, things turn around for Moore, as the Jets’ offense could become much more dangerous getting him involved. Maybe fewer turnovers from Zach Wilson will help too.