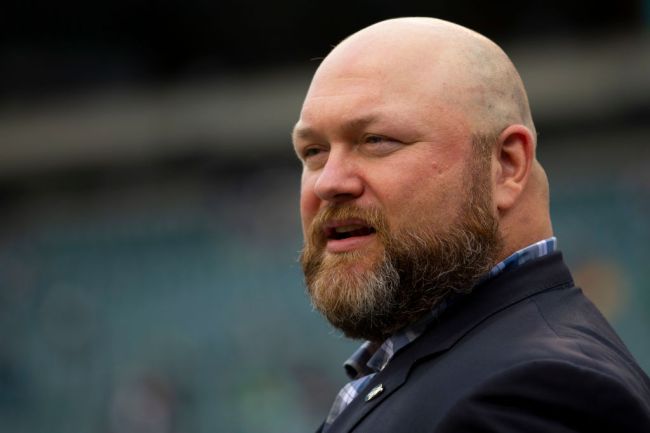 Poor Joe Douglas, his first year as the New York Jets GM, and he has already found himself as the punch line for a whole lot of meme accounts across the Internet. The Jets were finally showing a little bit of life as they were beating the New England Patriots 20-10 on Monday Night Football. The only one however who was not showing life, was Douglas, who was caught on camera taking a bit of a mid game snooze.

uhhh is the Jets GM asleep in the middle of the game? pic.twitter.com/eb9jHqg6yZ

Fans and Twitter users even mentioned that Douglas may be the only Jets fan at peace as he dozed off in his box at MetLife Stadium. Douglas did not miss much as that 20-10 lead quickly vanished to a 30-27 Patriots advantage in what seemed to be a blink of an eye. It is definitely not the worst thing for the Jets first-year general manager as that loss has made the Jets an even bigger favorite now to secure the No. 1 pick in next year’s NFL Draft.

Whether Clemson standout quarterback Trevor Lawrence will be available in that draft is the question, but regardless, the Jets who are now 0-9 on the year, will quietly want the losses to keep piling up in order to get set for the future. If Douglas’ colleagues and loved ones care about him they will do him the favor of not waking him up until April where he will be able to use the numerous draft picks he has acquired stemming from the Jets trade of superstar safety Jamal Adams to the Seattle Seahawks.