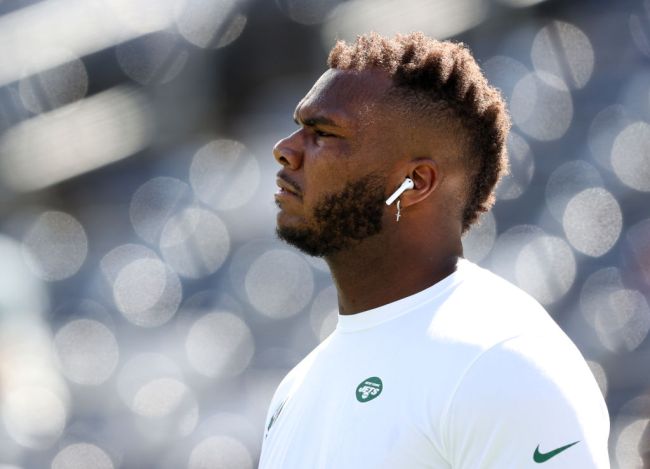 John Franklin-Myers signed a four-year, $55 million contract extension with the New York Jets earlier this week. He was asked about his gigantic new deal during a media session on Friday afternoon and delivered a heartfelt moment when discussing his son.

Franklin-Myers, who began his career with the Rams, was asked who the first person was that he called after inking his new contract. He explained that it was his son, and after hearing his comments, you can understand why.

“I wish that he was there when I signed it,” Franklin-Myers began. “It just happened so fast, literally you don’t know how fast those talks go, and then we wanted to get it done before we head to London. I just wanted to talk to him, and I play football….”

He couldn’t even get out the full sentence of ‘I play football for him’ before the waterworks started.

The first person John Franklin-Myers called after signing his contract extension? His son.

He gets emotional talking about it: "I play football for him, and I want to give him every opportunity" ❤️ pic.twitter.com/yfF0GlYqfg

There’s just something about seeing a professional athlete that’s 6-foot-4, 290 lbs crying in front of a podium talking about his family that gets you every time.

The Stephen F. Austin product has 15 tackles, three sacks, and one forced fumble on the year and he’ll be looking to add to those numbers against the Falcons this weekend in London.