Of The Previous Lowest-Pass-Attempts Games In NFL History, The New York Jets Lost Half Of Them 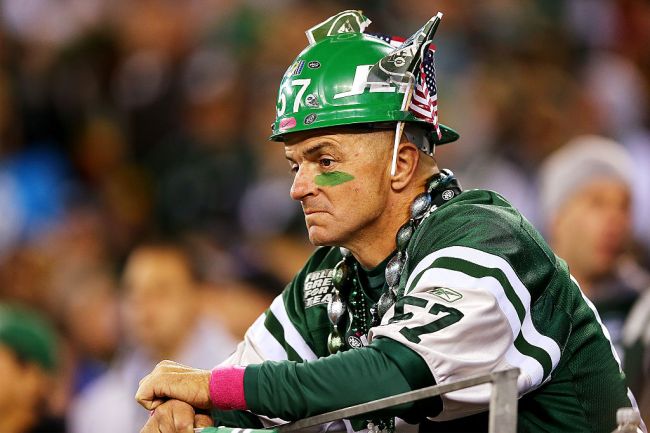 In case you missed it, during the New England Patriots Monday Night Football game against the Buffalo Bills, legendary Pats head coach rolled out a playbook that was seemingly out of the 1940s, as the Patriots ran the ball a staggering 46 times, while only attempting three passes. Beating Josh Allen and the Bills in their own backyard by a score of 14-10, the victory marked the fewest passes by a winning team in the last 30 seasons.

.@Patriots QB @MacJones_10 threw 3 passes on #MNF in his 9th career win, marking the fewest passes by a winning team in the last 30 seasons

The MOST passes by a winning team over that span was 70, all thrown by Patriots QB Drew Bledsoe in Week 11, 1994 … in his 9th career win

During the game, ESPN rolled out the previous four fewest pass attempts in a win, three of which occurred in the 1970s. And, of course, the New York Jets managed to find themselves featured on the graphic, as they managed two lose TWO of those games: in 1973 against the Buffalo Bills, who attempted just 5 passes, and in 1974 against the Buffalo Bills, who tossed just TWO passes in that game.

Only the New York Jets could find themselves on the wrong end of such uniquely and historically awful football gams. Luckily for the Jets (and I use “luckily” very, *very* loosely), they will avoid the distinction of becoming the first-ever 0-17 team in NFL history, as they’ve somehow racked up three wins this season despite having a head coach-and-quarterback tandem that are clearly in over their heads. Just End The Seasons.

RELATED: TikToker Eviscerates The New York Jets With His Hilarious Analysis Of One Single Play